The World Health Organization said Thursday that any COVID-19 vaccines it has authorised for emergency use should be recognised by countries as they open up their borders to inoculated travellers. The move could challenge Western countries to broaden their acceptance of two apparently less effective Chinese vaccines, which the UN […]

The World Health Organization said Thursday that any COVID-19 vaccines it has authorised for emergency use should be recognised by countries as they open up their borders to inoculated travellers.

The move could challenge Western countries to broaden their acceptance of two apparently less effective Chinese vaccines, which the UN health agency has licensed but most European and North American countries have not.

In addition to vaccines by Pfizer-BioNTech, Moderna Inc., AstraZeneca and Johnson & Johnson, the WHO has also given the green light to the two Chinese jabs, made by Sinovac and Sinopharm.

In its aim to restore travel across Europe, the European Union said in May that it would only recognise people as vaccinated if they had received shots licensed by the European Medicines Agency — although it is up to individual countries if they wish to let in travellers who have received other vaccines, including Russia’s Sputnik V. The EU drug regulator is currently considering licensing China’s Sinovac vaccine, but there is no timeline on a decision.

“Any measure that only allows people protected by a subset of WHO-approved vaccines to benefit from the reopening of travel … would effectively create a two-tier system, further widening the global vaccine divide and exacerbating the inequities we have already seen in the distribution of COVID-19 vaccines,” a WHO statement said Thursday. “It would negatively impact the growth of economies that are already suffering the most.”

The WHO said such moves are “undermining confidence in life-saving vaccines that have already been shown to be safe and effective.” In its reviews of the two Chinese vaccines, the UN health agency said both were found to significantly reduce the risk of hospitalisations and deaths.

The two Chinese shots are “inactivated” vaccines, made with killed coronavirus, whereas the Western-made shots are made with newer technologies that instead target the “spike” protein that coats the surface of the coronavirus.

Although Western countries have largely relied on vaccines made in the U.S. and Europe, such as Pfizer-BioNTech and AstraZeneca, many developing countries have used the Chinese-made shots.

Earlier this year, the head of China’s Center for Disease Control and Prevention acknowledged that the effectiveness of its home-grown shots was low. Numerous countries that have used millions of doses of the two Chinese shots, including the Seychelles and Bahrain, have seen COVID-19 surges even with relatively high levels of immunisation.

Thu Jul 1 , 2021
Thousands of COVID-19 patients in India have been diagnosed with mucormycosis, or so-called “black fungus” that’s leaving some with vision loss. The rare but serious fungal infection is caused by a group of molds called mucormycetes, which live throughout the environment and typically do not agitate otherwise healthy people, but […] 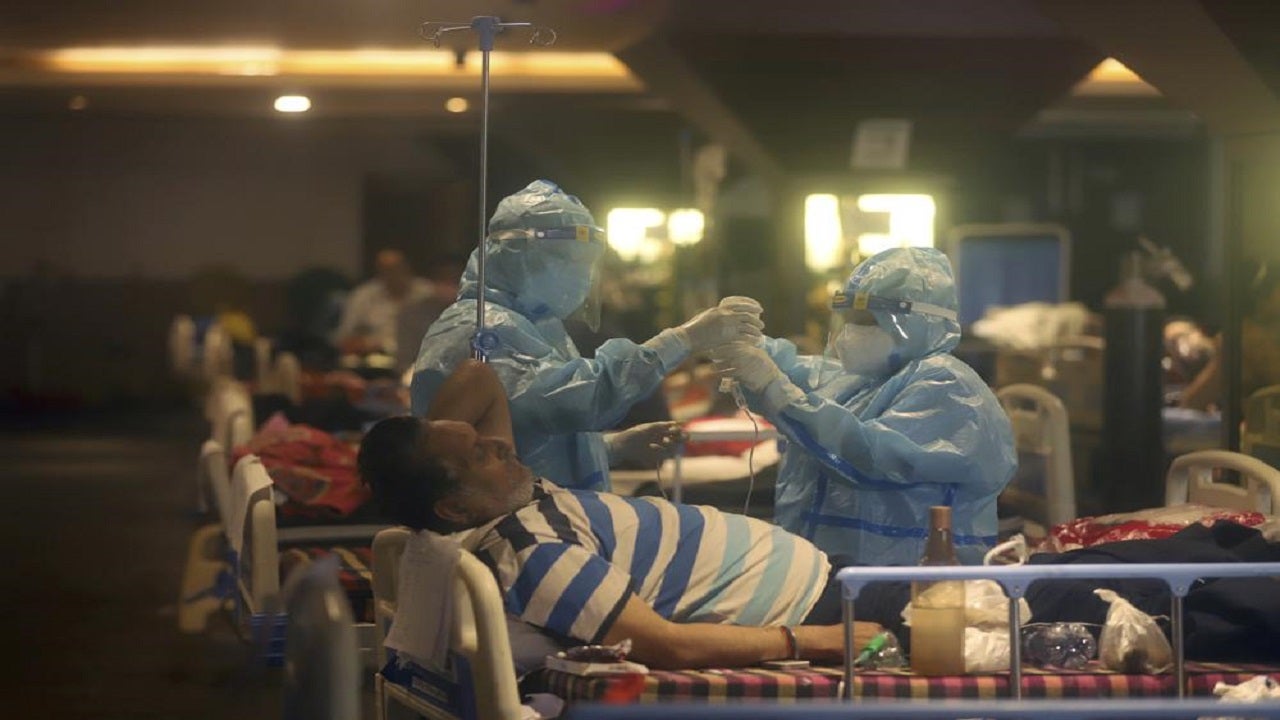