You may have read or heard about various reports that taking daily aspirin—yes, that old-time resident of your grandmother’s medicine cabinet—may have benefits for modern health conditions. “Aspirin, or acetylsalicylic acid, is a medication that is indicated for many different things,” says Kenneth Perry, MD, an emergency medicine physician in […]

You may have read or heard about various reports that taking daily aspirin—yes, that old-time resident of your grandmother’s medicine cabinet—may have benefits for modern health conditions. “Aspirin, or acetylsalicylic acid, is a medication that is indicated for many different things,” says Kenneth Perry, MD, an emergency medicine physician in Charleston, South Carolina. “From fever control to pain control, even heart attack treatment, there seems to be a new indication every few months.” That said, this common everyday drug called aspirin is a strong one, and it can cause some serious side effects in certain people. Read on for more about the features and benefits of aspirin, and what taking aspirin every day does to your body. And to ensure your health and the health of others, don’t miss these Sure Signs You Have “Long” COVID and May Not Even Know It..

Aspirin works by inhibiting prostaglandins, the enzyme that serves as an on-off switch for pain and inflammation. That’s why it has been used for fevers and pain for more than a century. Today, it’s still often prescribed to treat or prevent health conditions caused by inflammation in the body.

It bears repeating: Aspirin is a strong drug, and some people can’t tolerate it well. “Chronic use of aspirin can damage the lining of the stomach, causing stomach ulcers and pain,” says Leann Poston, MD. “The risk increases in people over age 65, those with a history of stomach ulcers, and those who take blood thinners or drink alcohol.”

If you’re sensitive to aspirin, your doctor may recommend taking another NSAID (non-steroidal anti-inflammatory drug) instead, such as ibuprofen.

“If you have had a heart attack or stroke, your doctor may want you to take a daily low dose of aspirin to help prevent another,” says the American Heart Association. “Aspirin is part of a well-established treatment plan for patients with a history of heart attack or stroke.” But the AHA notes that you shouldn’t take daily aspirin unless your doctor prescribes it—they can help you evaluate the risks and benefits and determine if daily aspirin is right for you.

Aspirin is one of the most well-known anticoagulants, meaning it thins the blood. This has advantages (such as reducing the risk of a second heart attack or stroke, which are often caused by blood clotting) and risks.

“In case of injury, internal or external platelets aggregate at the site to help clot the blood. When you take daily aspirin, this aggregation is affected and leads to decreased coagulability, says Nikhil Agarwal, MD. “It can increase your risk for bleeding, especially if you are taking certain other supplements or are on certain medications.” One possible side effect is gastrointestinal bleeding, says Barry Gorlitsky, MD.

According to a 2016 meta-analysis published in the journal JAMA Oncology, people who took aspirin for six years or longer had a 19% lower risk of colorectal cancer and a 15% lower risk of gastrointestinal cancer of any type. The researchers estimated that regular aspirin use could prevent nearly 11% of colorectal cancers and 8% of gastrointestinal cancers diagnosed in the U.S. each year.

RELATED: What Taking a Multivitamin Every Day Does To Your Body

According to Dr. Guy Citrin, ND, daily aspirin use can cause tinnitus, which is the perception of noise or ringing in the ears. This generally goes away when the drug is discontinued.

RELATED: 7 Signs Someone is Getting Dementia, According to Experts

Another possible side effect of daily aspirin use is liver damage, according to Dr. Khawar Siddique of DOCS Spine + Orthopedics. According to the Cleveland Clinic, one sign of liver damage is jaundice, which is a condition in which the skin, whites of the eyes, and mucous membranes turn yellow.

RELATED: Sure Signs You May Be Getting Diabetes, According to Doctors

Reye’s syndrome is a rare condition that causes confusion and swelling in the brain. “The exact cause of Reye’s syndrome is unknown, but it most commonly affects children and young adults recovering from a viral infection,” says the NHS. “In most cases, aspirin has been used to treat their symptoms, so aspirin may trigger Reye’s syndrome.” That’s why doctors recommend not giving aspirin to children or teenagers for fever or pain.

RELATED: Doctors Warn You Not to Take Too Much of This Vitamin Right Now

If someone has epilepsy or is on some seizure prevention medication, taking aspirin may affect that. For example, because aspirin is a blood thinner, it may alter the amount of medication in the bloodstream. It’s best to consult your doctor before using aspirin daily. And to get through this pandemic at your healthiest, don’t miss these 35 Places You’re Most Likely to Catch COVID.

COVID and Body Confidence: The impacts and ways to overcome

Sun Aug 29 , 2021
Dr. Ellen Astrachan-Fletcher with the Eating Recovery Center in Chicago says when treating these eating disorders we need to look at the “whole person”. MOLINE, Ill. — Our nation continues to rebound from the Coronavirus Pandemic. As things were moved virtual during 2020, it left many of us to manage […] 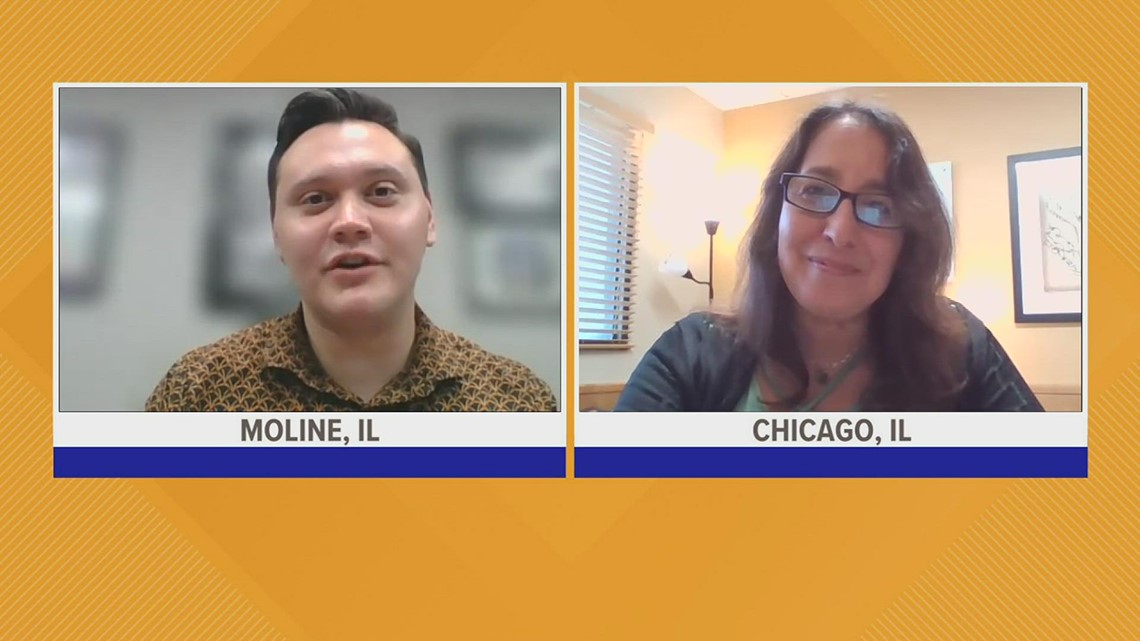