Those who follow the keto diet have likely heard of MCT, which stands for medium-chain triglycerides. Health gurus everywhere are tapping into the oil’s health benefits, but are you finding yourself a little confused as to what exactly this coconut oil-derived ingredient is? We consulted three health experts to get […]

Those who follow the keto diet have likely heard of MCT, which stands for medium-chain triglycerides. Health gurus everywhere are tapping into the oil’s health benefits, but are you finding yourself a little confused as to what exactly this coconut oil-derived ingredient is? We consulted three health experts to get a better understanding of exactly which MCT oil benefits are actually backed by science. Before we dive into how MCT oil can aid the body, it’s important we take a step back and establish what MCT oil is.

Medium-chain triglycerides are a type of saturated fat. Saturated fats, like butter and coconut oil, are solid at room temperature, and have most popularly been associated with negative health effects; however, that’s not necessarily the case with MCT oil.

“Saturated fats from healthy sources like MCT, which is usually derived from coconuts, isn’t unhealthy. It isn’t the only type of fat we should eat, but it’s perfectly fine as part of a balanced diet,” says Beth Lipton, recipe developer and wellness writer.

Sharon Brown, CN, clinical nutritionist and founder of Bonafide Provisions, uses MCT oil in her keto bone broth product because of its ability to support ketosis, which is when the body begins to break down fat to use as fuel in the absence of carbohydrates. This process occurs once you reduce your carbohydrate intake to just 50 grams a day.

Whether you’re interested in trying MCT oil or that it’s already a part of your daily routine, you’ll be interested to know what adding this oil to your diet will do to your body. Read on, and for more on how to eat healthy, don’t miss 7 Healthiest Foods to Eat Right Now.

MCT oil may help you think more clearly and give you more energy. “MCTs do not require digestion by the stomach. Instead, when consumed, MCTs go straight to the liver where they are broken down into ketones that are then distributed into your bloodstream,” says Brown.

“Ketone bodies are three water-soluble molecules that can be an efficient source of fuel for the body and brain. This is why many people claim that they can think more clearly and have more energy when they are on the keto diet and consuming MCT oils.”

Brown says that while following the keto diet, “MCT oil promotes a ketogenic state in that it helps the body produce extra ketones and, thus, extra energy.” MCTs also give you energy because they don’t have to be broken down, which means they can enter your cells more quickly to act as an energy source, according to a review published in the Journal of Lipid Research.

RELATED: Sign up for our newsletter to get daily recipes and food news in your inbox!

Brown says that MCT oil has been shown to boost satiety. “Both animal and human studies indicate that MCT oil can increase satiety, causing us to eat less and, ultimately, lose weight,” she says. In fact, one Physiology & Behavior study found that when participants were given a smoothie after an overnight fast that contained MCT oil, coconut oil, or vegetable oil, the participants who consumed the MCT oil smoothie reported the highest levels of satiety out of the three oils.

More specifically, MCT oil has been shown to increase the release of two hormones, peptide YY, and leptin, that help increase satiety, which, in part, can cause you to eat less.

Patricia Bannan, MS, RDN, LA-based nutritionist, and healthy cooking expert, says that MCT oil has been shown in studies to improve gut microbiota by helping to foster an environment for good gut bacteria to flourish in. A healthy gut microbiome has been linked to improvements in health that include better digestion, a healthier immune response, and a more balanced mood.

“Studies have also shown that the addition of MCTs into the diet can improve lipid profiles, lower cholesterol, and thus reduce the overall risk of cardiovascular disease,” says Bannan.

According to a recent study that compared the cardiovascular risk factors coconut oil, olive oil, and butter had on 94 healthy men and women, participants were divided among three groups and were instructed to consume 50 grams of either fat daily for four weeks. It was found that those who consumed coconut oil—which MCT oil is often derived from—had witnessed a larger increase in their high-density lipoprotein levels, the healthful type of cholesterol, than those who consumed butter and olive oil.

The American Heart Association says that HDL works to carry the bad kind of cholesterol known as low-density lipoproteins (LDL) away from the arteries. LDL is known to clog the arteries, and because adequate HDL levels are believed to inhibit one-third of the body’s LDL levels from ever reaching the arteries, HDL is then thought to prevent heart disease and heart incidents such as stroke and heart attack.

During exercise, your body produces lactate, which is a compound that can negatively impact your performance. A small study found that taking MCT oil with food before a cycling workout could actually lower lactate levels and make it easier to exercise. Note that more research has to be done to confirm whether MCT oil can actually help you improve your exercise performance, but there is evidence that shows MCTs can increase fat burning during exercise. For other ways to get more out of your workouts, you don’t want to miss The 30-Second Trick That Packs on Muscle, According to an Exercise Expert.

Conversion therapy hurts LGBTQ+ youth, so why is it legal in Kentucky?

Fri Mar 12 , 2021
As a gay man, it frightens me. As a health care professional, it enrages me. I am a board-certified family nurse practitioner who serves the health care needs of LGBTQ+ patients. My work is dedicated to evidenced-based practice and advocacy for my patients. Fortunately, I never experienced conversion therapy firsthand. […] 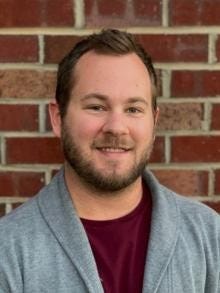