Some of Ellie Zerr’s go-to spots for a confidence boost are Instagram and TikTok. Yes, there is plenty of content on theses social platforms that could make a 16-year-old like her feel worse, including manipulated images that make bodies slimmer and faces more symmetrical. But then there are accounts like […]

Some of Ellie Zerr’s go-to spots for a confidence boost are Instagram and TikTok.

Yes, there is plenty of content on theses social platforms that could make a 16-year-old like her feel worse, including manipulated images that make bodies slimmer and faces more symmetrical. But then there are accounts like Lizzo’s TikTok, which let her know that feeling OK about the body you’re in is not just possible but can also be pretty fun.

“She posts a lot about her body and her confidence, and she interacts with her fans a lot,” said Zerr, who lives in San Diego. “I try to follow, and encourage others to follow, accounts that promote self-love and self-acceptance.”

Today’s adolescent girls are bombarded with messages about their bodies just like previous generations. There is the familiar content, the diet advice, exercise plans and makeup tips, all of which encourage young women to shape-shift into what they are told is a more palatable version of themselves.

Then there is a whole other variety of messages, ones that might shock unsuspecting parents.

Through them, girls — and boys and gender-nonconforming kids — learn that it’s OK to love themselves as they are. Yes, that’s even if they don’t conform to the impossible beauty standards that long claimed the “best looking” title in popular culture. One’s hair, body type, disability, acne, gender identity and more should not preclude you from feeling at home and alive in your body, they explain. Feeling good in one’s skin should be possible for all.

This movement is known as body positivity, and it has been brewing for decades, among mental health professionals and women of color. The rise of social media, particularly TikTok and Instagram, has allowed these radical messages to spread far and wide — now reaching teens where they are at: their phones.

There is a lot to celebrate in the body positivity movement, which gives today’s teens a new and better way to think about and talk about their bodies. There are also parts to avoid. Adolescents will need help sorting through which expressions of body positivity are a marketing or clickbait tool, which might make them overly focused on their body, which are thinly disguised products to “improve” themselves, and which will authentically lift them up.

A new way of talking about bodies

Nature makes it hard to avoid thinking about one’s body during adolescence. The onset of puberty and surge in sex hormones make even the least physically aware kids consider themselves as fleshy, potentially attractive human beings.

A lifetime of being inundated with airbrushed and, for most, unrealistic faces and bodies makes self-hatred all but inevitable at some point during the adolescent journey — if not, sadly, the whole time.

Body positivity, when done well, helps today’s tweens and teens create a new language and understanding around their changing bodies and self-image. Putting this concept into practice can help them find a way to speak freely about their insecurities without stigma and consider the possibility of liking themselves the way they are.

Athena Nair first came across body positivity three years ago, at age 16. She listened to an episode of “This American Life” called “Tell Me I’m Fat,” in which writer Lindy West talks about her journey toward self-acceptance.

“I was like, ‘Oh, my God, this is a thing! Fatness doesn’t have to be bad. People can love their bodies,” Nair said about the podcast.

Nair had struggled with an eating disorder at ages 14 and 15. She has rolls on her stomach and, as a South Asian, said she is darker and hairier than many of her former classmates at her high school in Palo Alto, California. The idea of accepting, let alone loving, herself seemed inconceivable. Still, even her classmates who were thin and White, the ones who more closely resembled celebrities, struggled with self-acceptance.

“It was just something everyone I knew dealt with,” Nair said. “They were all dealing with body shame, disordered eating and fatphobia. I didn’t have a language for these things at the time, but I knew they were affecting so many people.”

Nair spent the rest of her high school years advocating for body positivity on campus and began working with a group called The Body Positive, an educational nonprofit that teaches people to live peacefully and healthily in their bodies, which she is still involved with.

In the past few years, she said there has been a significant rise in young people understanding the value of body positivity.

When Nair brought The Body Positive to speak to her school during her senior year she got a lot of pushback from peers who thought it wasn’t cool. “Now all these people are texting me and saying, ‘Oh God, you were with it.'”

Changing the way teens talk to each other

Twelve-year-old Jayla Lavender Nicholas, who lives in New York City, said her education on body positivity came from a combination of diverse ad campaigns, Instagram and her mom.

She said her takeaway is one of self-acceptance.

“Body positivity means accepting your own body because you have to live in it, and not conforming to society’s ideas of what a perfect body should be.”

As a Black girl, this can be more challenging because of popular culture’s narrow, and White, definition of beauty, she said.

“It hits close to home when you see someone who looks like you. … It makes an impact,” she said, explaining the self-esteem boost she and her friends get from diverse representation. She said her friends have all different body types, and because of body positivity’s influence, they are able to talk about it and avoid comparing themselves to each other.

Zerr, the 16-year-old in San Diego, said her friends also rely on the language of body positivity to help support one another.

The benefits and drawbacks of body positivity online

When in-person social circles aren’t supportive, online communities can fill in. Social media gives teens a chance to find a large, virtual community of like-minded people who get body positivity, and support one another in the very difficult task of really accepting it for themselves.

Gianluca Russo, CEO of The Power of Plus, a size-inclusive digital community, and coauthor of an upcoming book of the same name, said that Instagram-based communities helped him gain the confidence and skills to work through his negative relationship with his body when he was in high school.

“Connecting with people online made me realize that I don’t have to live that way,” Russo, 23, said. He credits his virtual friends and teachers who helped him “dismantle and rewire everything in my brain.”

To get to that affirmation, though, social media users might have to cut through a fair amount of noise. Connie Sobczak, cofounder and executive director of The Body Positive, encourages teens and tweens to be wary of anyone who is trying to sell them any particular exercise or diet plan through the lens of body positivity.

Parents should encourage their kids to constantly ask themselves how any particular image or account makes them feel as a way to weed out anyone using body positivity to possibly unproductive ends, she said.

The goal of body positivity should not necessarily, or exclusively, be about image, Sobczak said, but to be able to live comfortably in our bodies, use our bodies to experience pleasure, and learn from them. For some people, this might involve weight loss or beauty rituals. For others, it won’t. The point is to make those decisions with a deeper understanding about why one wants to do it, and what one expects from it.

Some psychologists and cultural critics have expressed concerns that all this body talk is just reinforcing image-consciousness. Better, they think, to not talk about bodies at all, particularly for girls.

“I think it is a complicated situation, and I can understand both sides of the debate. Why are we having so many conversations about bodies when we are saying our bodies don’t matter?” Lawrence said.

Mon Sep 13 , 2021
“She posts a lot about her body and her confidence, and she interacts with her fans a lot,” said Zerr, who lives in San Diego. “I try to follow, and encourage others to follow, accounts that promote self-love and self-acceptance.” Today’s adolescent girls are bombarded with messages about their bodies […] 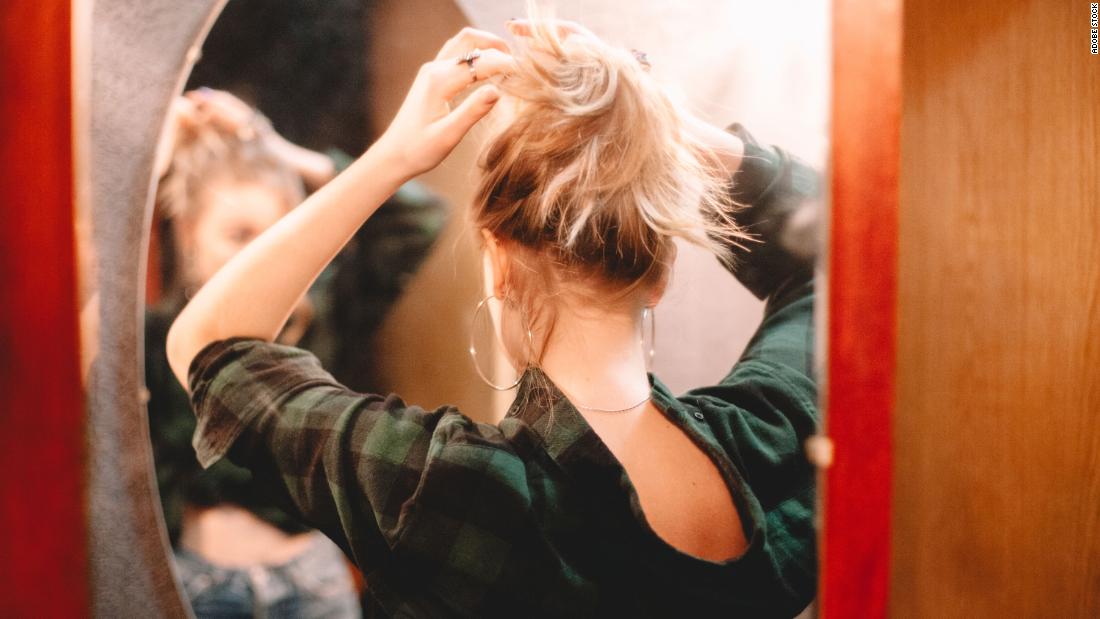