Share on PinterestA lack of exercise and changes to mealtime structure has resulted in unwanted weight gain for many kids during the pandemic. Pin Stock / Getty Images Adults and children alike have gained weight since the pandemic began. A loss of routine has led to less structured eating, and […]

The American Psychological Association’s (APA) annual “Stress in America” report showed that more than 40 percent of adults gained unwanted weight during the pandemic.

Now, new research has found that 30 percent of parents are reporting their children have gained unwanted weight as well.

This news may not be particularly surprising. Coping with the stress and upheaval to daily life caused by the COVID-19 pandemic has been rough on all of us, regardless of age.

Dr. Kristin Saxena, a board certified pediatrician and nutrition expert in Omaha, Nebraska, said that one of the biggest contributors to weight gain for kids during the pandemic, particularly during school closures, was lack of structure with eating.

“During school, kids do not have constant access to food and snacks, whereas they do at home, particularly if they are not supervised by a parent,” she said.

“This can lead to a greater tendency to ‘graze’ on snack foods and possibly sugary drinks all day rather than eating structured, planned meals and snacks or drinking only water between meals,” Saxena said.

Saxena is also CEO of The Shikhar and Kristin Saxena Family Foundation, which is dedicated to supporting programs in the fields of childhood health, nutrition, education, and wellness.

She said that in addition to unstructured eating, most kids have also experienced a lack of exercise during the pandemic. Without physical education classes, recess, and organized sports, they simply had fewer opportunities to be active.

According to Christine Randazzo Kirschner, a registered dietitian in New York City and co-founder of Amenta Nutrition, it’s not all that different from the same reasons many adults gained weight during the pandemic.

But in addition to leading a more sedentary lifestyle and having less structured eating, she explained there may have been another reason more adults gained weight than kids.

“They were more likely to be eating alone at their desk opposed to eating alongside colleagues or clients,” she explained. “This lower-pressure environment may have influenced their food choices and quantities.”

Many adults also increased the amount of alcohol they consumed during the pandemic, which also may have led to additional weight gain.

While kids and adults alike faced similar roadblocks to healthy eating and activity once the pandemic began, Saxena explained that certain groups of children were likely more affected than others by these changes.

“As with many things COVID related, the impact is likely greater for those kids who were already struggling with healthy eating,” she said. “Kids who were not practicing healthy eating habits at home (unstructured eating, eating lots of processed foods, lack of variety in diet) had these issues compounded.”

Usually, she said, school would offer at least some structure and the bare minimum requirements for nutritional value during breakfast and lunch.

Saxena added that kids in these types of situations may have been more likely to make poor eating decisions.

According to Kirschner, other groups of kids faced additional risks as well.

“Kids who were already at risk for obesity obviously were put at a greater risk,” she explained.

“Perhaps this child normally receives free lunch, and possibly breakfast, from school,” she said. “If the parent wasn’t offered that during the pandemic, or perhaps they weren’t able to pick it up, the child may have experienced more food insecurity.”

This likely resulted in them eating more processed foods, which are often more affordable.

Kirchner said that pediatric obesity is associated with a number of increased cardiovascular disease (CVD) risks, including:

However, exercise, a balanced diet, and weight loss can reduce those risks.

“The research suggests that even mild reductions in body mass before the onset of puberty can decrease the risk of CVD, hypertension, dyslipidemia, type 2 diabetes, and coronary heart disease later in life, if [healthy] body weight is maintained,” she explained.

For parents who want to help their children get back to eating a balanced diet and getting in more activity, Saxena said it’s best to make a plan based on your child’s age.

She said the best thing you can do is reestablish, or start, structured eating.

This involves planned meals and snacks rather than allowing kids to graze throughout the day, and creating a division of responsibility when it comes to mealtimes: The parent is in charge of what food is offered, and the child is allowed to decide how much they will eat of what is offered.

“Also, eliminating sugary beverages and only allowing water between meals is a great way to reduce intake of empty calories,” Saxena said. “Additionally, family meals are very beneficial for children. Eating even one meal per day as a family is associated with healthier BMIs.”

Kirschner said it’s also important for parents to remember that children watch and learn from the eating habits their parents model for them.

“How a parent speaks about food may also influence their own child’s behaviors,” she explained. “If the parent labels a food as ‘good’ or ‘bad,’ the child may too.”

She suggests promoting family meals, using predictable structure, and implementing boundaries, such as when and where your child eats.

“If a child is trying to adopt new, healthy habits by changing their past behaviors, a whole family approach is best to prevent stigma and undue pressure on the child,” Kirschner said.

Walking the line between encouraging healthy habits without shaming or stigmatizing certain body types or food choices can be challenging.

While many parents may have the best of intentions, certain mistakes may be detrimental to a child’s overall health journey.

“Although it may seem beneficial, emphasizing nutrition and healthy eating can feel more like pressure than positive encouragement,” Kirschner said.

For this reason, she said diet talk is absolutely something to avoid.

“No diets,” she said. “Children are growing and developing, thus diets are contraindicated. And, of course, do not stigmatize appearance, weight, or habits. When this happens, the child’s risk for disordered eating increases.”

Along those same lines, Saxena said parents should avoid restricting the amount of food a child eats or forcing them to eliminate entire food groups.

“Instead, choose healthy foods to offer your child and allow them to eat as much of them as they need or want,” she encouraged. “Putting them on restrictive diets will likely only cause them more trouble with yo-yo dieting or disordered eating in the future.”

Ultimately, Kirschner said that the most important thing a parent can do is to help their child build a healthy self-esteem, regardless of the number on the scale.

“Make sure the child knows and understands that he or she is loved because of who they are and not because of how they look, what they do in school, what they accomplish, or what they eat,” she said.

Thu Jul 1 , 2021
By delivering a viral payload of gene silencers directly to the heart, scientists have developed a new strategy for regenerating cardiac muscle after damage from a heart attack. Described in a paper published Wednesday in Science Translational Medicine, the approach led to new cell growth and improved heart function in […] 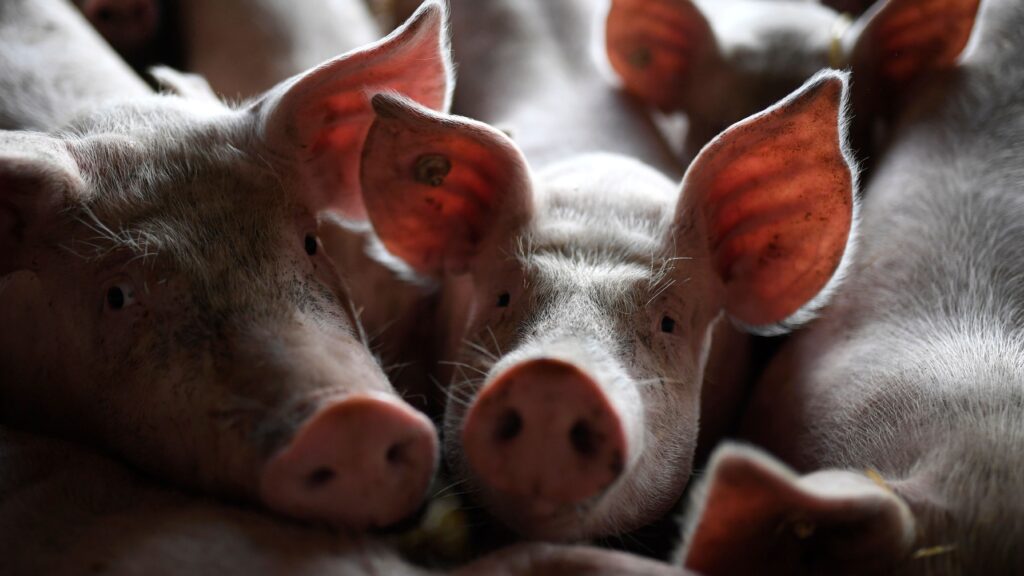