Clark County paid $1,875 a day per bed to CrossRoads of Southern Nevada to house mostly homeless individuals with suspected or confirmed cases of COVID-19, but the substance abuse treatment and transitional housing facility “failed to ensure safe infection control practices were implemented for the protection of the residents in response to the COVID-19 pandemic,” according to a state inspection.

The report from December 2020, prompted by complaints investigated in October 2020, says CEO David Marlon and the director of nursing “revealed no staff have been fit-tested and medically cleared for N-95 masks.”

According to the Centers for Disease Control, medical evaluations are required to determine a healthcare worker’s ability to use a respirator. A licensed healthcare professional must provide a written recommendation before the mask is fit tested to ensure maximum protection.

Despite Marlon’s failure to respond, the state deemed the allegation unsubstantiated.

“Every complaint was reviewed and found to have no merit,” said Matthew Yemma, a public relations representative for Marlon, via email. Marlon declined to be interviewed by the Current.

Yemma would not address the state’s finding that CrossRoads failed to test and fit workers for masks.

But in text messages provided to the Current by his then-assistant, Marlon appears to admit that he had tested positive for COVID-19.

“Hey, are you not telling people you tested positive?” Marlon’s assistant, Rachel Palmer, asked Marlon in a text on August 4, 2020.

“It doesn’t help anything but contribute to gossiping and undermine our health care facility,” Marlon wrote.

Yemma, Marlon’s public relations representative, said via email that Palmer’s texts were “modified.” Yemma initially agreed to provide proof the texts were fake but failed to do so.

Palmer has filed a federal Equal Employment Opportunity Commission complaint against Marlon, which she shared with the Current, alleging she was unfairly terminated from her job in May 2021. The EEOC has not responded to a records request filed by the Current.

Substance abuse has long been a barrier to shelter for the homeless. But CrossRoads, which opened in 2018, offered an innovative approach.

“No one else has this model in Clark County,” Kirkpatrick proclaimed in December 2019 about the facility, which offered addicted, homeless or mentally troubled Southern Nevadans a place to not only get clean but also to stay for as long as several months — a critical component to recovery.

Kirkpatrick’s goal of placing individuals in long-term housing has been elusive.

Kirkpatrick and other county commissioners did not respond to requests for comment on this story.

Under the terms of a no-bid contract, Clark County paid CrossRoads $1,875 per bed, per day to isolate individuals with potential or confirmed cases of COVID-19 who do not require hospitalization. In 2020, that amount came to more than $1.6 million for 888 patient days, spread among 241 individuals, or just under $7,000 per person.

The average stay, according to the county, was 3.68 days per person.

In March, County Commissioner Justin Jones said he would find out what was behind the disparity in pay, however, he has not responded, nor have his colleagues.

“CrossRoads provides in-patient, 24-hour medical care to our clients there. This is a relatively high level of care at a facility that is accredited by the Joint Commission for Behavioral Health Care and Human Services,” Kulin said in a statement. “Generally speaking, the clients would likely need to be in a hospital if they were not at CrossRoads.”

Contracts call for CrossRoads and the others to house “post acute COVID-19 patients who have been medically cleared to leave the hospital setting.”

In April 2020, Assistant County Manager Kevin Schiller lauded the county’s agreement with the motels because each room provided privacy and had a separate air system.

At CrossRoads, a plastic sheet hung from the ceiling separating the isolated from others, according to a complaint investigated by the state in May, alleging the sheet was falling.

The state determined the allegation was unsubstantiated. A photo provided by a former employee shows the plastic sheeting, used as a partition to facilitate the application and removal of personal protective equipment, gaping from the ceiling.

Additionally, correspondence among employees obtained by the Current details haphazard efforts at isolation.

“Can somebody please explain to me how somebody who came back from the hospital and tested Covid is put into his room for a 24 hour quarantine when he has roommates?” employee Gary Engel asked in an email sent to colleagues and supervisors on June 28, 2020. “And his roommates are free to come and go as they please. Personally, I think this makes no sense.”

“I don’t understand how they can be isolated yet going out to smoke,” he wrote to management and staff on Nov. 8, 2020.

“We have no response and we refuse to engage in your unprofessional games while we are busy helping people,” Yemma said via email in response to the Current’s questions.

La. hospital offering cash reward to those who get COVID vaccine

Mon Jul 19 , 2021
Photo: northoaks.org HAMMOND- The North Oaks Foundation is offering a $100 cash incentive to the first 100 people to register and receive the Pfizer BioNTech two-dose COVID-19 vaccine. Participants in the “COVID 100” initiative will receive the first dose of the vaccine Saturday, July 31, and the second dose on […] 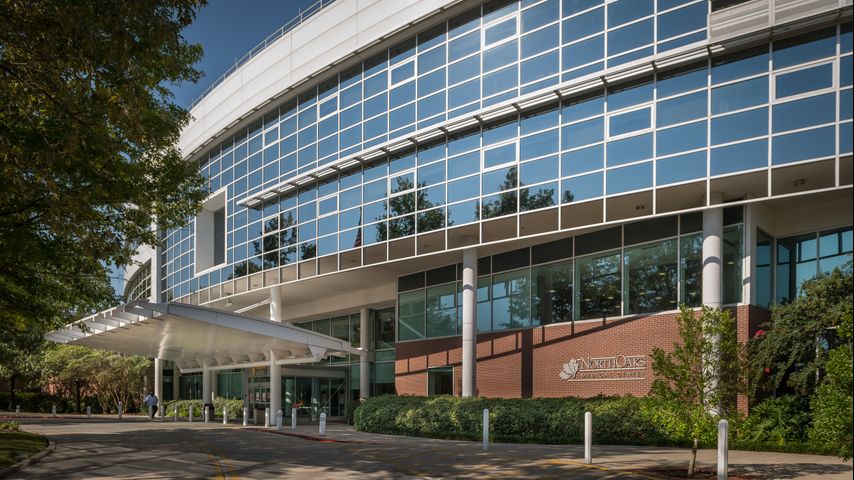