MALMSTROM AIR FORCE BASE, Mont. — Everyone knows an apple is healthier than a cinnamon bun, but we don’t always choose the apple. According to Kirk Clark, 341st Operational Medical Readiness Squadron health promotion coordinator, part of what he does is help people understand why they choose the cinnamon bun […]

Everyone knows an apple is healthier than a cinnamon bun, but we don’t always choose the apple.

According to Kirk Clark, 341st Operational Medical Readiness Squadron health promotion coordinator, part of what he does is help people understand why they choose the cinnamon bun more often than the apple, and how they can change their thinking and habits to choose the apple more.

Clark has been working toward improving overall health at Malmstrom for 25 years. He started as a physiologist using his knowledge of how to the human body works to examine, monitor and help optimize individual patients’ health and then transitioned into his current position around 2013.

When Clark heard from a friend that a physiologist position was opening up at Malmstrom, he jumped at the opportunity because while he had never visited Montana, he’d seen pictures of the state and, for him, that was enough. The move also gave Clark the opportunity he was looking for to focus on preventive health.

Before moving to Montana, Clark was working for a cardiac surgical team in North Carolina. According to Clark, he felt the team was focused on reactive medicine – fixing someone’s heart in the operating room and then helping the person rehabilitate after the procedure.

“It’s not that I don’t get sick, but the amount of times I get sick now are few and far between,” he said. “It’s a combination of diet, sleep and my physical training program that keep me healthy even though I’m considered the old, at-risk guy.”

Clark has always been active, even when he was a small child, and he said that when he was a teenager he got into body building. That experience opened his eyes to what the human body can do.

Everyone has a baseline in their fitness, Clark explained, and that baseline includes their fitness level, weight, nutrition habits, the amount of sleep they get and all the other things that contribute to their overall health. If they move their baseline in a negative direction, they are much more likely to develop illness or injury.

According to Clark, he takes care of his own health and always tries to push his baseline further in a positive direction through prevention because he wants to be able to move easily, keep exploring the world and enjoy life well into old age.

“Why can’t I be 65 or 75 years old and still be able to move and do whatever I want to?” he asked. “The human body doesn’t do it by default, you have to program it to do it and part of that programming is you have to take care of yourself.”

As the health promotions coordinator, Clark’s job is to take an overarching look at Malmstrom Air Force Base’s health from a prevention-based standpoint.

“If I had to rank top priorities in health across Malmstrom and even across the nation, I would rank them in this order: sleep, nutrition, activity,” he said.

In order for a person to be successful in achieving their health goals, they need to make those goals clear, understand why they have those goals and find a personal reason to motivate themselves.

“You have to figure that out and only you can,” Clark said. “And what you come to health promotions for, to see me or the dietitian or the physical therapist or whoever, is just ideas on how to do it. Ultimately you’re the initiator and what we do is just give you really good ideas.

“If you think about it, our wing is the powerhouse of the world. There’s nothing else more powerful than an intercontinental ballistic missile,” he said. “We have to have humans to run that weapons system and so the human aspect of our weapon system is the most critical piece to ensuring it works. If I’m not mentally fit and physically fit to do that mission, then that mission fails.”

Fri Jun 25 , 2021
JONESBORO, Ark. (KAIT) – Both officials with NEA Baptist and St. Bernards say their hospitals have few COVID cases, but they are concerned about the Delta variant making its way to the area. “In a lot of ways it feels like COVID is over, but it certainly still is in […] 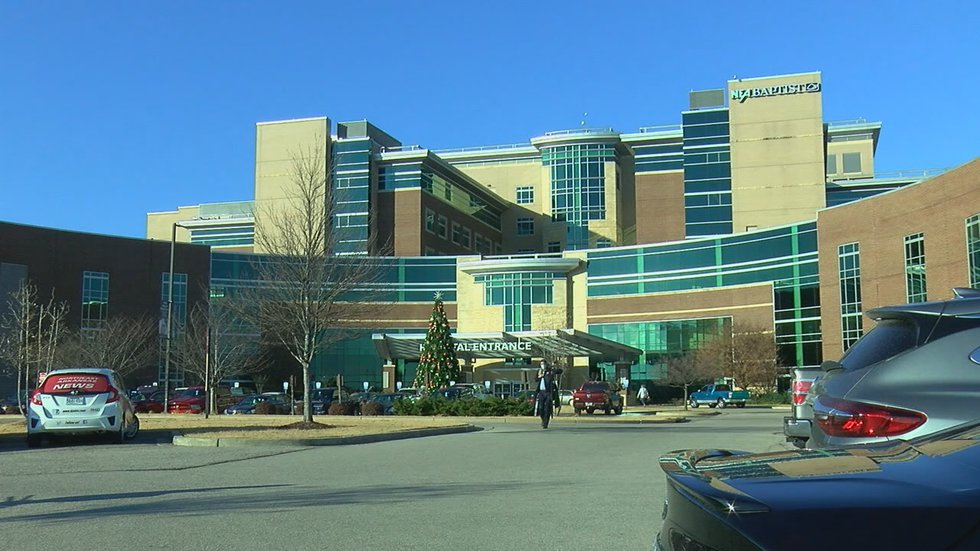