In a bid to encourage vaccination and reduce contagion among high schoolers when the school year opens on September 1, the government announced on Monday a new school-opening plan for high-contagion areas that will see classrooms with low levels of vaccinated students switch to online remote learning. Under the rules […]

In a bid to encourage vaccination and reduce contagion among high schoolers when the school year opens on September 1, the government announced on Monday a new school-opening plan for high-contagion areas that will see classrooms with low levels of vaccinated students switch to online remote learning.

Under the rules of the new plan, approved by the cabinet on Monday evening, only classrooms in which over 70 percent of students are either vaccinated, recovered or pass a positive serological test for antibodies will be allowed to meet in person. Classrooms that fall below that level will be required to switch to home learning.

The plan will affect grades 8 and up, and will only operate in so-called “red cities” — municipalities where rates of contagion are high.

As part of the effort to help ensure more classrooms are over the 70% mark by the start of the school year, the cabinet also decided to expand the Health Ministry’s efforts to vaccinate and test teenagers in the run-up to September 1.

The effort will see the expansion of mass-serological testing, now underway for preschoolers and elementary school students in the Haredi school system, which began its academic year earlier this month, to the rest of the country’s schools.

The serological tests were launched earlier this month in a bid to identify children who had recovered from the virus and who many never have realized they were sick. Such children carry antibodies and are not required to quarantine if they come in contact with a virus carrier. The Education Ministry hopes that expanding the database of recovered children will dramatically reduce the number of young children – and by extension, their parents – forced into quarantine in the anticipated coming wave of contagion. 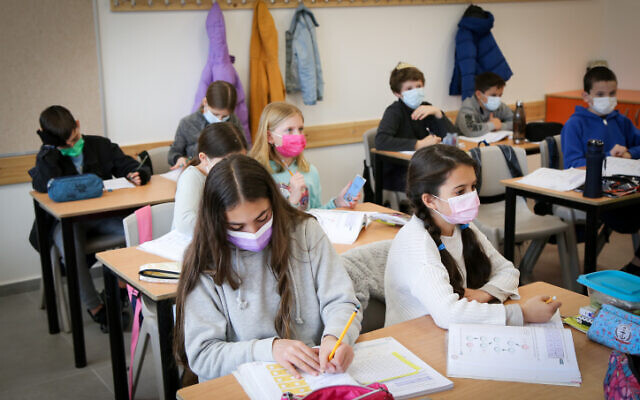 Fifth-grade students at the Alomot Elementary School in Efrat, on February 21, 2021 (Gershon Elinson/Flash90)

Beginning August 22, health officials will expand that effort from the Haredi schools to an intensive 10-day testing campaign nationwide for children aged 3 to 12.

Local councils and municipalities will lead the efforts, Education Ministry Director General Yigal Salovick told the cabinet on Monday. Each local government will inform parents of testing sites and urge them to get tested.

The announcement came amid reports of a fresh dust-up in the cabinet over Education Minister Yifat Shasha-Biton’s refusal to allow vaccination of high schoolers during school hours.

According to Hebrew media reports, during a cabinet meeting over Zoom, Prime Minister Naftali Bennett appeared to grow frustrated at Shasha-Biton’s refusal to use school hours to administer the COVID vaccine, despite the fact that most other vaccination drives are conducted through schools during class hours.

“You’re not from the UN,” he reportedly said on the Zoom call, using a Hebrew expression that means one shouldn’t be neutral on the subject being discussed. According to some accounts, he pounded his desk as he spoke. “Serological tests are nice, but they’re not what’s going to save us. What will save us is only vaccinations, and I demand that you get under the stretcher” – another Hebrew expression that means to do one’s part for the team. 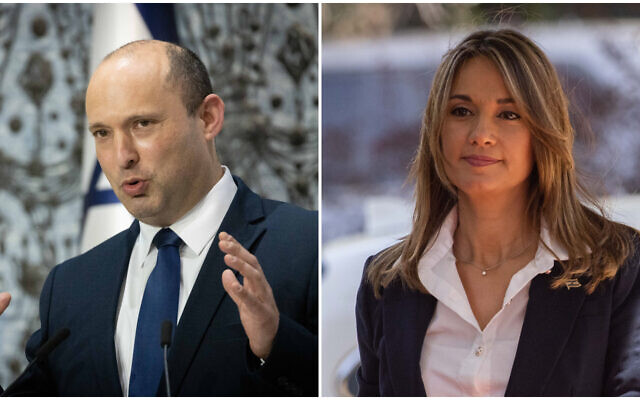 “It’s unthinkable that you don’t understand that it’s your responsibility just as much as the Health Ministry’s,” Bennett was said to have chided Shasha-Biton and other education officials on the call.

Health Minister Nitzan Horowitz reportedly joined Bennett in criticizing the education minister. “‘Creative solutions’ is all well and good, but only vaccinations will ensure the school year opens,” he said.

According to the reports, Shasha-Biton agreed that schools could use their resources to encourage students to vaccinate, but said she feared that allowing vaccination during school hours would put the schools in the middle of a decision she characterized as divisive.

In a statement to the media, Bennett’s office denied that the tone was angry, but did not deny the substance of the reported debate. “Not every exchange that happens in [cabinet] discussions is a confrontation,” Bennett’s statement said. “The prime minister and the education minister are working in cooperation to open the school year safely, while protecting the health of Israel’s children.” 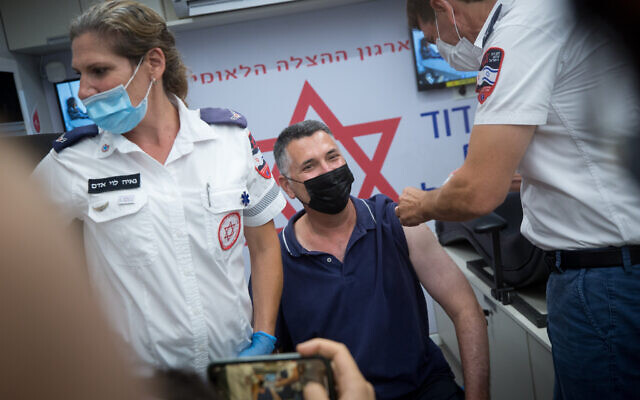 As of Monday evening, there were 7,177 new infections recorded on Monday, the highest figure in the current fourth wave of infections, taking the number of active cases in the country to 53,169. There were 19 fatalities since Sunday night, raising the death toll to 6,687.

The Health Ministry said that 85,623 people were tested on Sunday, with the positivity rate showing a further rise to 6.08 percent — the highest level since February.

Israel last month became the first country in the world to begin administering booster shots to those 60 and over, and was a pioneer once again on Friday, as it began giving third doses to people 50 and up. Out of Israel’s population of some 9.3 million, over 5.8 million had received at least one vaccine dose, and more than 5.4 million had gotten two.

The Health Ministry said Sunday that Israel will reimpose caps on gatherings that will restrict attendance at private and public events, as well as rules requiring social distancing in businesses that serve customers in person, including stores and shopping malls.

The government is determined to avoid ordering what would be the country’s fourth lockdown since the coronavirus pandemic started, and is pushing vaccinations, along with some restrictions, as a way to confront a tide of infections that is expected before morbidity drops again.


The Climate Crisis and Responsible Journalism

As The Times of Israel’s environment reporter, I try to convey the facts and science behind climate change and environmental degradation, to explain – and critique – the official policies affecting our future, and to describe Israeli technologies that can form part of the solution.

I am passionate about the natural world and disheartened by the dismal lack of awareness to environmental issues shown by most of the public and politicians in Israel.

I’m proud to be doing my part to keep Times of Israel readers properly informed about this vital subject – which can and does effect policy change.

Your support, through membership in The Times of Israel Community, enables us to continue our important work. Would you join our Community today?


Join the Times of Israel Community


You’re serious. We appreciate that!


We’re really pleased that you’ve read X Times of Israel articles in the past month.

That’s why we come to work every day – to provide discerning readers like you with must-read coverage of Israel and the Jewish world.

So now we have a request. Unlike other news outlets, we haven’t put up a paywall. But as the journalism we do is costly, we invite readers for whom The Times of Israel has become important to help support our work by joining The Times of Israel Community.

For as little as $6 a month you can help support our quality journalism while enjoying The Times of Israel AD-FREE, as well as accessing exclusive content available only to Times of Israel Community members.

Tue Aug 17 , 2021
PEORIA — A very deep hole right outside OSF HealthCare Saint Francis Medical Center is the beginning of OSF’s new Cancer Institute, a $237 million project scheduled to open in 2023.  The 40-foot hole has been dug, in part, to prepare the site for proton beam equipment. This cutting-edge therapy can precisely target […]