Sinovac vaccine Photo: VCG The protection rate of Chinese vaccines can be influenced by many factors and simple comparisons between them and Western vaccines cannot be made, Zheng Zhongwei, director of the Development Center for Medical Science and Technology of the National Health Commission (NHC), and head of the national […] 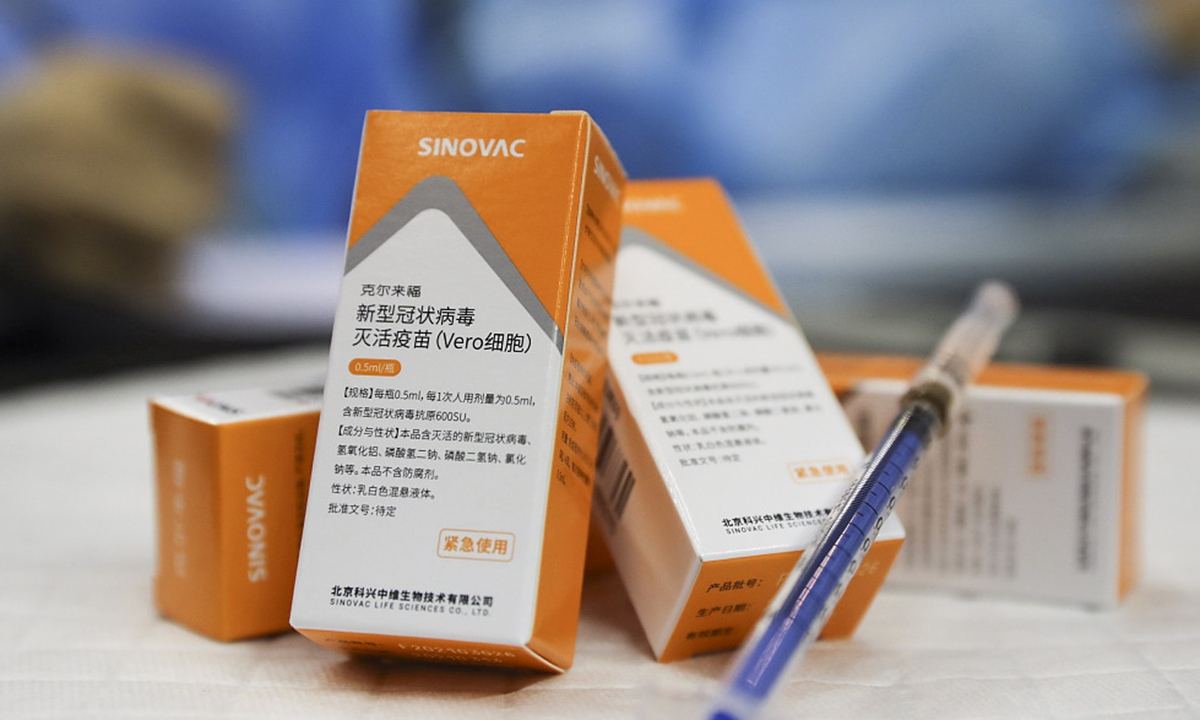 The protection rate of Chinese vaccines can be influenced by many factors and simple comparisons between them and Western vaccines cannot be made, Zheng Zhongwei, director of the Development Center for Medical Science and Technology of the National Health Commission (NHC), and head of the national working group for vaccine development, told the Global Times, urging the public to have confidence in Chinese vaccines.

Safety of Chinese vaccines, which already have been granted approval for public use, should not be questioned, Zheng told the Global Times at the Boao Forum in Hainan.

Zheng added that Western media have frequently lambasted the Chinese vaccines for alleged low efficacy, and mentioned the 50.4 percent efficacy rate in Brazilian clinical trials as an example.

Zheng explained that vaccine’s protection rate is subject to many factors, including the environment of the clinical test, the testing group and the country’s incidence rate. “That’s why vaccines get different protection rate data under different circumstances. For example, Sinovac’s protection rate in Brazil is 50.4 percent, while in Turkey, it is as high as 83.5 percent.”

He further noted that putting the above-mentioned factors aside, simple comparisons between Chinese vaccines and other vaccines is problematic.  Recent data from a massive real-world study in Chile showed that China’s Sinovac COVID-19 vaccine was 67% effective in preventing symptomatic infection.

“This proves the efficacy of Chinese vaccines. Isn’t this data real? Should we be misguided by certain voices?” Zheng asked.

It took China only 16 months to develop COVID-19 vaccines, far sooner than the regular research and development process that has been used for other vaccines. As for safety of the vaccine, Zheng said that, although China adopted a different approach in vaccine development, those vaccines have reached the standards of safety and efficacy.

Zheng told the Global Times that there are hundreds of millions who have received Chinese vaccines, which proves their safety. Yet, for other vaccines that adopt a different approach, Zheng admitted that recent data show they are very safe. However, the medium and long term effects need further observation.

Tue Apr 20 , 2021
Some health care providers in South Carolina are seeing demand for the COVID-19 vaccine on the decline. One Upstate hospital has been left with numerous open vaccine appointments recently, unlike being fully booked just a few weeks ago. According to SCDHEC, 26.7% of South Carolinians are fully vaccinated and 39.5% […]