Everyone knows how to lose weight, right? You eat fewer calories than you burn until you reach your goal weight. Old-fashioned calorie counting edged out all other weight loss diets in 2020, according to a recent International Food Information Council survey. Few people question the diet dogma of “calories in […]

Everyone knows how to lose weight, right? You eat fewer calories than you burn until you reach your goal weight. Old-fashioned calorie counting edged out all other weight loss diets in 2020, according to a recent International Food Information Council survey.

Few people question the diet dogma of “calories in vs. calories out.” It’s the basic strategy that lies beneath even the newest, technology-enabled weight loss programs. But while calorie counting is grounded in fundamental biological truths, it vastly oversimplifies the complex mechanisms that determine human body weight, according to both research and registered dietitians. Take a closer look at whether or not calorie counting really works for weight loss that lasts, and if it’s the right approach for you.

What Is a Calorie?

A calorie is an exact unit of energy, according to the U.S. Department of Agriculture (USDA); specifically, it is the amount of energy needed to raise the temperature of 1 gram (g) of water by 1 degree Celsius. The “calories” in food are actually kilocalories, or 1,000 of these tiny units. Fats are the most calorie-dense foods we eat, with about 9 kilocalories (kcal) per gram. Carbohydrates and protein each have about 4 kcal per gram. On the most basic level, eating fewer calories than you burn will result in weight loss.

What Is a Calorie Deficit?

“Calorie deficit” is a term you hear a lot any time weight loss is discussed. This is just another way to say you’re burning more calories than you need to maintain your current body weight. “But remember, it’s almost impossible to know exactly how many calories someone needs,” says Simone Wilson, RD, a registered dietitian and owner of Simone Theresa Nutrition in Philadelphia. It depends on variables including gender, age, activity level, and weight.  “Whatever equation you use to estimate this, it’s just that — a rough estimate.”

The Centers for Disease Control and Prevention (CDC) recommends a 500-calorie-a-day deficit for weight loss. Over a week, that adds up to 3,500 calories, the amount long believed to equal 1 pound (lb) of fat (though increasingly this math has come into question). The CDC recommends you create a deficit through a mix of getting more activity, like walking, and making food swaps like drinking sparkling water instead of ginger ale.

The thing is, calorie counting doesn’t account for the fact that calories aren’t interchangeable. The quality of the calories you eat matters just as much if not more than the quantity.

If you’ve ever tried to lose weight you know firsthand that creating (and staying) in a calorie deficit is harder than it may appear. “Often counting calories can lead to eating snack foods that may be in line with your calorie target but leave you hungry soon after,” says Samantha Cassetty, RD, a registered dietitian in private practice and former nutrition director of Good Housekeeping.

“If you’re looking at 500 calories of chocolate cake, that’s not going to have the same effect on your body and how you feel as when you eat a balanced meal that contains different food groups [and the same number of calories],” says Wilson. A chicken breast with brown rice and broccoli might have the same amount of calories as a slice of cake, but the chicken will keep you full and energized for hours because your body digests things like protein and fiber more slowly, while the sugar in the cake can cause blood glucose (sugar) swings that trigger hunger, she says.

What Is Metabolism and Why Does It Matter?

One factor a dieter has little control over is how many calories their body burns at rest. Informally, this is referred to as your metabolism. And when it comes to calorie restriction, the news about metabolism isn’t good: Research shows that restricting calories may cause your body to compensate in other ways. A September 2017 study published in Perspectives on Psychological Science found that “in the short term, a reduction in energy intake is counteracted by mechanisms that reduce metabolic rate and increase calorie intake, ensuring the regaining of lost weight. For example, even a year after dieting, hormonal mechanisms that stimulate appetite are raised.” It might be wise to limit your calorie deficit to something like 250 calories (instead of the usual 500) and lose the weight you want at a slower pace that is easier on the metabolism and more maintainable long term.

Body composition also plays a role here: Muscle burns more calories, even at rest, than fat, according to the Mayo Clinic. Research found that two and a half months of strength training can increase lean weight by 3 lb and reduce fat by 4 lb. So by all means, burn calories doing cardio, but add strength training to the mix as well.

Other Factors That Affect Calorie Consumption

Another thing many people may not consider is that a host of other factors can affect calorie intake. For example, people eat more and choose higher-calorie foods when they don’t sleep enough, according to a November 2016 study published in the European Journal of Clinical Nutrition. Previous research has found that calorie restriction can raise cortisol, a stress hormone that causes cravings for high-calorie foods, according to Today’s Dietitian.

Another major driver of hunger for many people is ultraprocessed food, those manufactured industrially with multiple ingredients and additives. Research published in 2016 in BMJ Open suggests that these foods contribute 89.7 percent of the added sugar in the American diet. And excess sugar, rich in calories, makes it tough to stick to a calorie-controlled diet. When you eat a sugar-filled meal or snack, your blood sugar rises sharply and then crashes, leaving you hungry again just hours after you ate. In an April 2021 study published in Nature Metabolism, people who experienced this blood sugar drop went on to eat 312 more calories on average during the day compared with those who had more stable blood sugar. It’s an eating pattern that can easily sabotage any weight loss effort.

There are many nutrients, on the other hand, that make cutting calories easier. Past research has found that dietary fiber intake is associated with a lower body weight. Other research shows that higher protein diets will leave you feeling fuller and more satisfied for a longer period of time as compared with diets low in protein. The savviest calorie counters include both at every meal and snack. It can be helpful to think of food in terms of its energy density, or the amount of calories it provides in a given volume. One tablespoon (tbsp) of butter, at 96 calories, per the USDA, is a high-energy-density food. Broccoli is a low-energy-density food—you’d need to eat more than 3 cups of the vegetable to get 100 calories. Research shows that diets rich in low-energy-density foods are associated with better diet quality and lower body weight.

RELATED: Can the Calories In, Calories Out Diet Help You?

If you want to achieve a healthy body weight, calorie counting is one possible strategy. “It can help someone build awareness and learn about nutrition,” says Wilson. She says it can help people realize that a tiny amount of peanut butter has the same number of calories as (or more than) a satisfying portion of leafy greens. Both Cassetty and Wilson agree that calorie counting should always go hand in hand with learning about good nutrition.

“Calorie counting can work. If you’re doing it in a way that promotes a calorie deficit, you’ll lose weight. But it doesn’t always promote making the healthiest or most satisfying choices. If you aren’t careful, it can backfire,” says Cassetty.

Remember, counting calories isn’t the only way to lose weight, and it’s not a practice that works for everyone. In particular, people with a history of disordered eating should avoid using this strategy. A 2018 study published in the International Journal of Eating Disorders found that participants who used food monitoring tools experienced more compulsive behavior than those who did not. “Calorie counting is counterproductive for most people,” says Wilson. “When it does work, it’s usually just for the short term.” She advises her clients to learn how to consistently choose balanced meals and snacks that support their goals instead. “If you’re just counting calories your diet is probably going to lack micronutrients,” she adds.

You can make small adjustments to your current diet and lifestyle that add up over time. If you gradually move toward a plant-forward, mostly whole-foods diet based on low-energy-density foods, you’ll slowly slim down if you’re overweight without counting calories.

Edible Flowers That Can Do Wonders For Your Body & Mind

Sat Sep 4 , 2021
If you follow health and wellness trends at all, you might have noticed a recent spike in the number of practitioners touting the mental and physical benefits of flower-infused foods, beverages, and dietary supplements. “Our interest in our health has increased our curiosity to explore different types of food-like substances,” […] 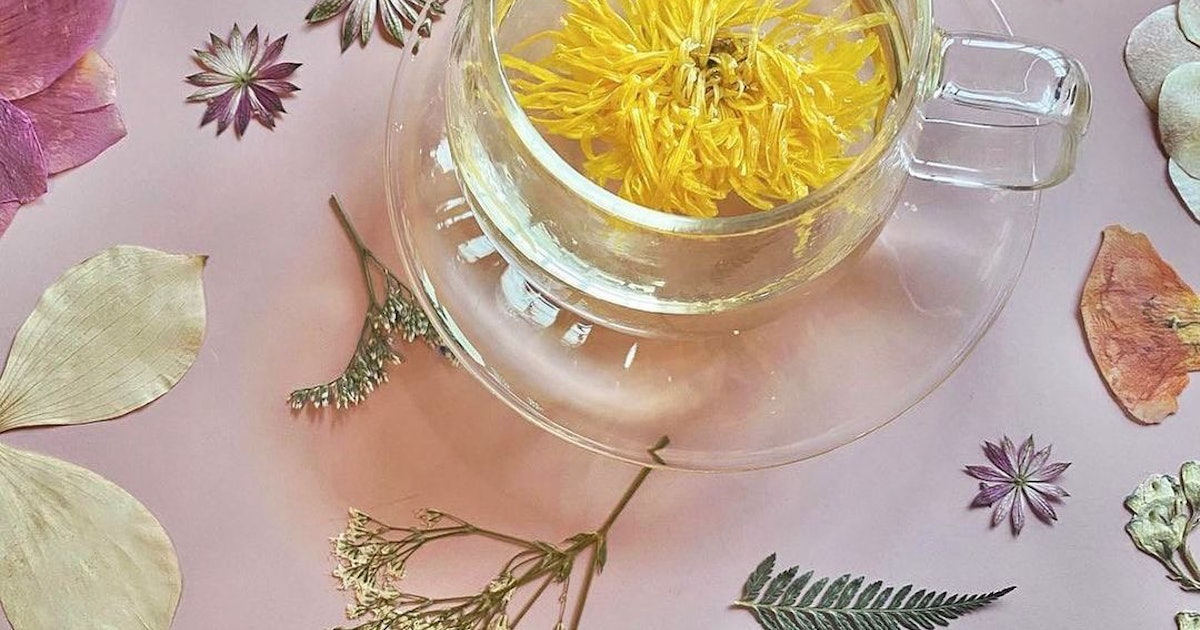