Loveland Police have released the body camera footage and the recording of the 911 call that led police to shoot a man last week outside his home. Nearly two weeks after the shooting, the 19-year-old man, Alex Domina, remains in the hospital. Domina’s guardian had called the police, asking for […]

Loveland Police have released the body camera footage and the recording of the 911 call that led police to shoot a man last week outside his home. Nearly two weeks after the shooting, the 19-year-old man, Alex Domina, remains in the hospital.

Domina’s guardian had called the police, asking for help to calm Domina down during a mental health crisis. The body camera footage shows an officer, Eddie Luzon, approach the yard at the side of the house calmly. From the other side of the yard, he asked Domina to talk to him, and several times asked him to put down a kitchen knife he was holding.

About one minute into their interaction, Domina walked towards the officer, as the officer warned him “do not come near me.” As Domina approached, still carrying the knife, Luzon told him forcefully to “stop,” and then he shot four times, hitting Domina in the abdomen. Another officer then arrived to help deliver first aid, once they were able to take the knife away.

“Alex’s family was able to view the video just minutes before it was released to the public. It was excruciatingly difficult to watch. This tragic outcome highlights the need for first responders with mental health training for calls like this. Alex has undergone five surgeries so far, and remains in critical condition. Alex’s family appreciates the community’s continued support as Alex fights for his life.”

On the 911 recording, the caller, who identified herself as Judy Domina, Alex Domina’s legal guardian, immediately told a call taker, “We have a young man that’s having a mental breakdown.”

She continued telling the call taker more information in a calm and matter-of-fact voice.

She said Domina was “a danger to himself and us.” Indicating she was looking for help getting him under control, she said Domina would need to be “committed.” She told the dispatcher that Domina had been “institutionalized for years,” and just came to live with her in June.

Then her tone changed to more of a plea, asking the dispatcher, “Please, please handle him with care. He — it’s mental health.” She added that she worried he would hurt himself. Before she hung up, Judy Domina told the dispatcher that Alex Domina had a knife and broke a glass door, and that she doubted he would cooperate with police. Moments later an officer arrived at the house.

The shooting happened on Aug. 16. Loveland Police had previously declined CPR News’ request to see the body camera recording. On Aug. 25, Police Chief Bob Ticer said in a statement that the release of the footage on that day “was in fulfillment of a pledge to be transparent with the public.”

Luzon has been with the Loveland police since 2019. He is now on paid leave, as the neighboring Fort Collins Police Department, under the direction of the Eighth Judicial District Attorney, investigate the shooting and the officers’ conduct. It is standard practice for a separate law enforcement agency to handle investigations of police use of force.

Recently, some police departments are experimenting with sending mental health experts in place of police officers to some incidents, to connect people in crisis with services, and to cut down on encounters between uniformed police and civilians. Since June 2020, Denver has sent out a mental health clinician and a paramedic to some calls, and a progress report on the first six months of the program showed it responded to 748 incidents, none of which required police or led to arrests or jail time.

The shooting of Domina comes on the heels of another high-profile use of force incident at the Loveland Police Department. Since the spring, the department has been under scrutiny over the forceful arrest of a 73-year-old woman with dementia. A federal civil rights lawsuit was filed.

Officers injured the woman, Karen Garner, after she left a Walmart with nearly $14 of unpaid merchandise, which store employees recovered before her arrest. Those officers have been charged and turned themselves in.

Fri Aug 27 , 2021
Sexual health and mental health are connected, and how we talk about both can make a difference. It’s no secret Hollywood has a habit of glossing over the less “sexy” details of daily life, especially in the bedroom. When it comes to intimacy and sex, movies typically show an experience […] 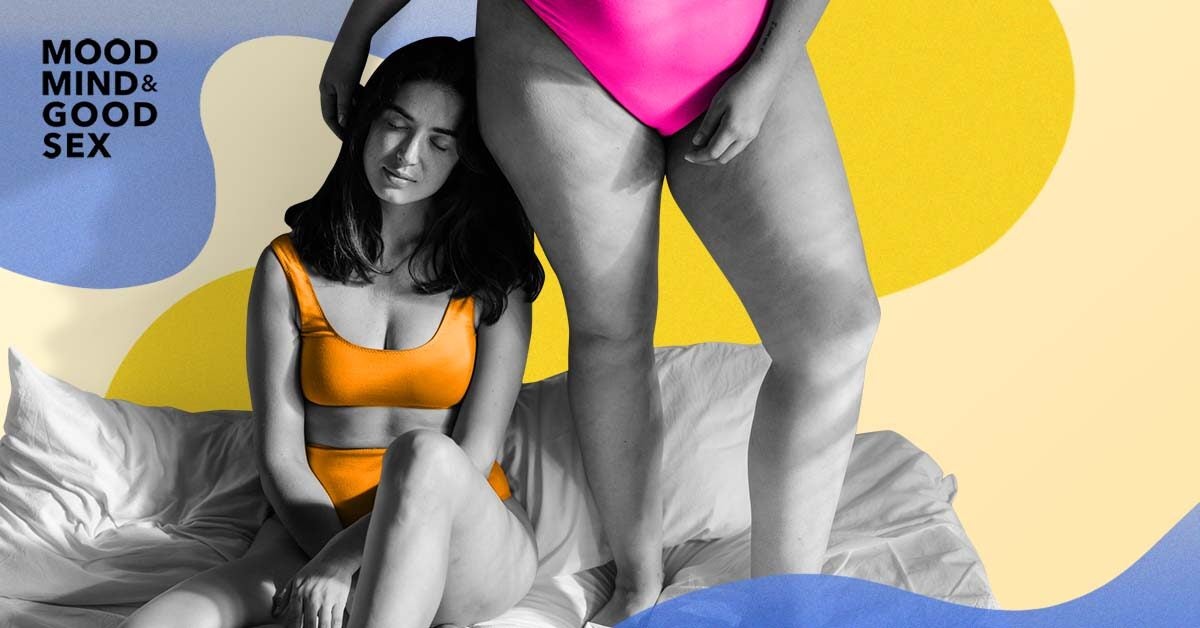