Often described as a sweet yet spicy tea, chai is excellent to drink if you’re beginning to feel under the weather or looking for a gentle boost of caffeine. Usually made of a combination of black tea, ginger, cloves, cinnamon, cardamom, and black pepper, this beverage is relaxing to sip […]

Often described as a sweet yet spicy tea, chai is excellent to drink if you’re beginning to feel under the weather or looking for a gentle boost of caffeine. Usually made of a combination of black tea, ginger, cloves, cinnamon, cardamom, and black pepper, this beverage is relaxing to sip on at any time of day.

One of the main ingredients in chai is cinnamon, an aromatic spice with both anti-inflammatory and antioxidant properties. This warming spice may also help lower blood pressure. For example, in animal studies, cinnamon was shown to help dilate and relax blood vessels. Remember: When blood pressure remains high for too long, it can damage the blood vessels that supply blood to the heart. This can ultimately lead to a heart attack.

A review of nine studies involving more than 600 participants also demonstrated promising results. Those who took supplements of cinnamon reduced both their systolic and diastolic blood pressure levels by an average of 6.2 mmHg and 3.9 mmHg, respectively, with the greatest effects occurring in participants who took less than or equal to 2 grams of cinnamon daily for at least 12 weeks.

So if you like adding an extra dash of cinnamon when you drink chai, you’re doing things right. Here are 10 Science-Backed Health Benefits of Cinnamon.

Chai is mainly made of black tea, which is packed with antioxidants known as polyphenols and flavonoids. Antioxidants play a key role in neutralizing free radicals in the body and fight against oxidative stress, which is described as an imbalance of free radicals and antioxidants. If left unbalanced, unstable free radical molecules can cause inflammation, lead to cell death, and even damage your DNA, increasing your risk of cancer.

The various spices that you steep in a cup of chai also have antioxidant properties, most notably ginger and cardamom.

RELATED: Get even more healthy tips straight to your inbox by signing up for our newsletter!

If you have type 2 diabetes or prediabetes, it’s important to keep your blood sugar (glucose) levels in check, and chai may help you do just that. Cinnamon is only one element of this warming beverage that’s been shown to reduce insulin resistance aka the principal cause of type 2 diabetes. Studies have also indicated that ginger powder, like cinnamon, can reduce blood sugar levels.

However, to have this type of impact, the studies note that you’d have to consume between 1 to 6 grams of either spice, which is way more than you get in a chai tea bag or even a cup that’s prepared at a local coffee shop. To ensure that you’re getting all of these blood glucose-regulating effects, try making the beverage from scratch right at home.

The spice that deserves the spotlight (first and foremost) is ginger powder. You likely already know that ginger can help ease symptoms of nausea, but it can also aid digestion and treat stomach issues. Not to mention, cloves, cinnamon, and cardamom all appear to have antibacterial properties, which research suggests can help prevent digestive issues caused by bacterial infections.

For more, be sure to check out We Just Discovered the Best Hack for Digestion.

Why we need them, and more

Thu May 6 , 2021
Selenium is a trace element, or nutrient, that the body needs to stay healthy. The best sources of selenium include some nuts, fish, and poultry. Keep reading to learn more about selenium and why we need it, as well as 15 foods that contain this important nutrient. Selenium is a […] 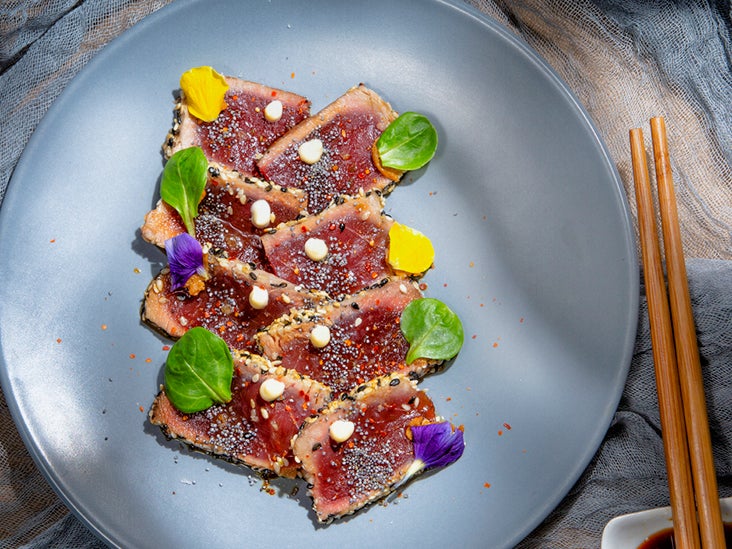