In March 2020, two surgeons captured the hearts of people around the world with their uplifting cover of John Lennon’s “Imagine.” Now Elvis Francois, MD, and William Robinson, MD — known as the Singing Surgeons — are back with new music in time for American Heart Month. RELATED: How to Get […]

In March 2020, two surgeons captured the hearts of people around the world with their uplifting cover of John Lennon’s “Imagine.” Now Elvis Francois, MD, and William Robinson, MD — known as the Singing Surgeons — are back with new music in time for American Heart Month.

RELATED: How to Get Involved in Heart Health Awareness Month

This Heart Month has seen even more focus on prioritizing heart health, not only because heart disease is the leading cause of death for men and women in the United States, but also as experts begin to understand the impact of the COVID-19 pandemic on people with cardiovascular disease.

Teaming up with Lipton Tea, the Singing Surgeons released their second EP, Put a Little Love in Your Heart, this February, to inspire people to take care of their hearts in easy, accessible ways. The album includes four tracks featuring “heart” in the title: “Put a Little Love in Your Heart,” by Jackie DeShannon, “Listen to Your Heart,” by Roxette, “You’ll Be in My Heart,” by Phil Collins, and “Heartbeat Song,” by Kelly Clarkson. The EP is available on all major music streaming platforms; you listen to it or download it here.

The surgeons intentionally chose inspirational songs that also struck a chord with them personally. “All the songs have meaning in my life,” Dr. Francois says. For example, he loved listening to Collins’s “You’ll Be in My Heart,” featured in Disney’s Tarzan, as a kid. Francois’s family also has a history of heart disease. “My grandmother died of heart disease, so this project was a no-brainer and a dream come true. I believe music has its greatest impact when it has a meaning behind it, and it’s an honor to be able to share this meaning.”

The two orthopedic surgeons have been sharing messages of hope through music since their cover of “Imagine,” posted on Instagram from the Mayo Clinic in Rochester, Minnesota, went viral. Their first EP, Music Is Medicine, followed soon after, sold as a benefit for COVID-19 relief. Next came appearances on talk shows like The Ellen DeGeneres Show, a spot on the Billboard Emerging Artists Chart, and for Francois, a performance on The Masked Singer. “We could never have imagined this past year,” he says. “It’s been an incredibly humbling experience.”

Although Francois never aspired to sing professionally, music has always been a part of his life. He grew up singing in church, and uses music to de-stress after his 80- to 100-hour workweek as a spine surgery fellow at Harvard Beth Israel Deaconess Medical Center in Boston.

Music also features in his day-to-day surgeries: “Ninety percent of operating theaters play music during surgery! I like listening to Motown, classic rock, and Frank Sinatra, or something more soothing for a technically demanding surgery. Music is the heartbeat through the hospital.”

Not surprisingly, the Singing Surgeons frequently receive song requests from patients, from Stevie Wonder to Disney hits. Francois recounts one moment on the pediatric floor, when a 4-year-old girl requested a song from Frozen. “I didn’t know the words! I couldn’t sing it for her and she burst into tears.” He has since learned all the Frozen lyrics.

Other musical moments are also particularly meaningful for the surgeon, like performing at a wedding for a couple, one of whom was facing a terminal diagnosis. “There were eight of us in the ICU. It was hard to keep it together. For me, being a part of that was the highest honor.”

For the Singing Surgeons, the value of sharing music is not about performing for thousands or earning national recognition. Rather, it’s about music’s power to bring joy, comfort, and hope, even in the smallest and most intimate ways. “I always say medicine is for the body and music is for the soul,” says Francois.

Between treating patients and making music, Francois also tries to prioritize his own heart health. “Our hearts do a lot of good for us. What can we do for our hearts?” The doctor notes simple steps people can take to keep their hearts healthy: “[Regular] exercise, a good night’s rest, avoiding things high in sodium. Stay hydrated and drink green and black tea. It’s also always important to keep connected with your primary care physician.”

Fri Feb 26 , 2021
Share this Article You are free to share this article under the Attribution 4.0 International license. Just a few short phone calls can effectively treat insomnia, according to new research. The phone-delivered therapy, which consisted of guided training and education to combat insomnia, also helped reduce fatigue as well as […] 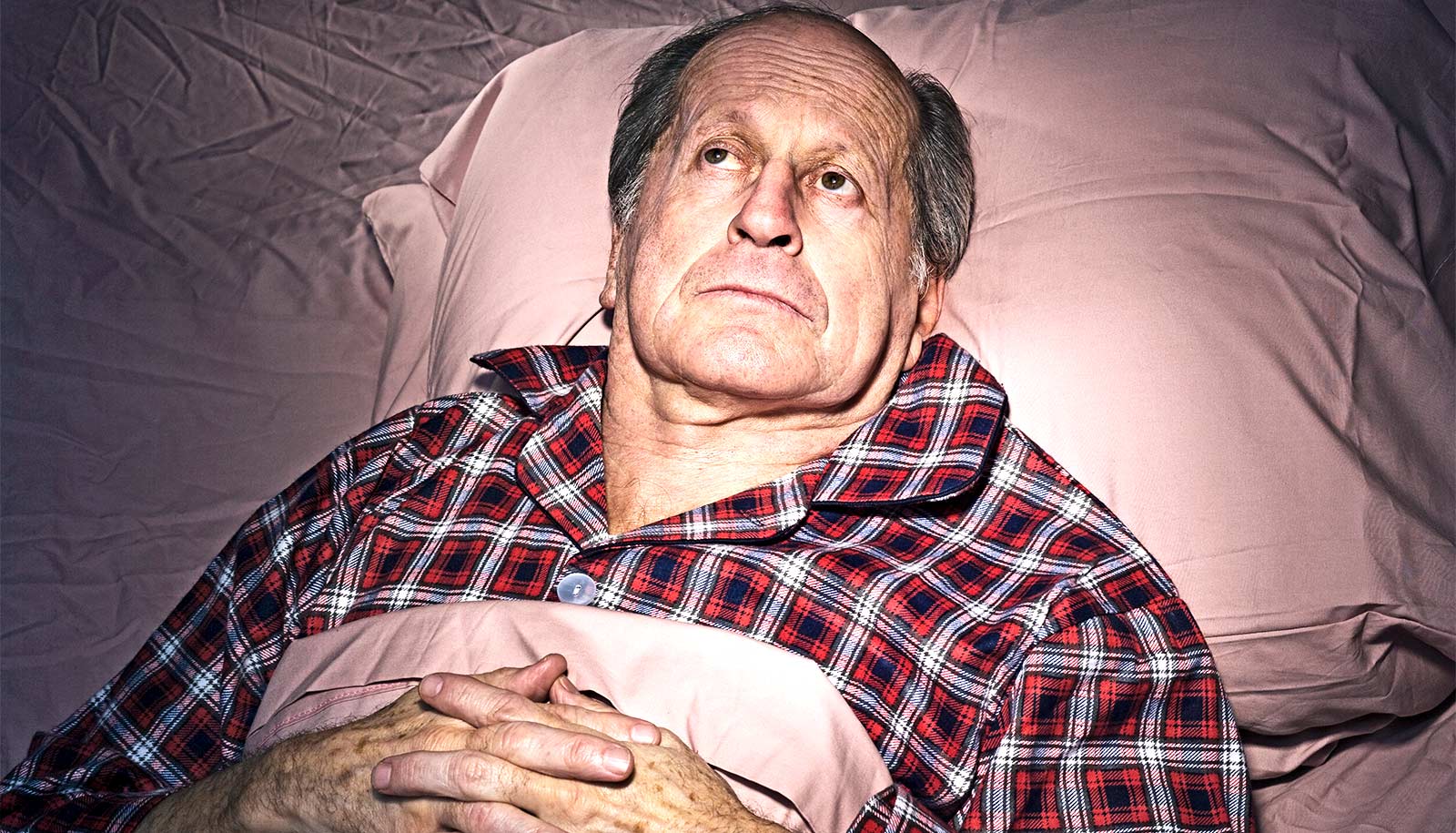