While some critics have gone after Simone Biles for her decision to step back from competing in the Olympics, mental health experts are applauding her courage — and hoping her example will help regular people dealing with their own stress. “I greatly respect what she did for herself, most important, but also for […]

While some critics have gone after Simone Biles for her decision to step back from competing in the Olympics, mental health experts are applauding her courage — and hoping her example will help regular people dealing with their own stress.

“I greatly respect what she did for herself, most important, but also for her teammates. There was a lot at stake. She could have pushed through, but she stepped aside and did the difficult thing. It took a lot of courage to know her limits,” said Chris Pelic, M.D. He’s a professor in the Department of Psychiatry and Behavioral Sciences at the Medical University of South Carolina.

“If she continued to compete, it could have been to the detriment of her health. She also wanted to give her teammates the best chance to win, knowing she was not at her best.”

Along the way, Biles has given regular people a role model when it comes to mental health, Pelic said. “She’s in a position where a lot of people know her and respect her. She can impact other people who might need help but aren’t in as visible a situation — maybe they’re struggling at work or in school and now are willing to seek care.”

Biles, 24, cited stress as her reason for withdrawing from competitions this week. It’s not hard to see why she’d feel that way. The 2021 Olympics have been called “The Simone Biles Show.” And she’s called herself the “Greatest of All Time,” or G.O.A.T.  That’s a lot of weight for anyone’s shoulders — even if she put some of it there herself.

And until now, to many, Biles seemed almost superhuman — able to handle whatever was thrown at her. But behind the scenes, she dealt with a lot, including sexual abuse at the hands of former team doctor Larry Nassar. There were also the expectations of her team and her country, all in the context of competing at the Olympics during a global pandemic.

“Each time someone succeeds at a high level, the expectations grow. Often elite athletes are seen as superhuman, almost like machines, whose sole purpose is to compete in sports,” Pelic said.

They’re not. They’re humans — amazing humans — but people, nonetheless. Pelic said it’s important to recognize that. And Biles has plenty of company when it comes to stress. A 2020 Gallup poll found that 60% of American adults were dealing with daily stress and worry.

Many people suffer in silence, which can make things worse, Pelic said — especially for an athlete on the world stage. Talking about mental health can be tough. “It’s really hard to share, but Simone felt comfortable doing that.”

In Biles’ case, the urgency of the situation forced her to act. That’s true for some of Pelic’s patients, too. “In some cases, people may be suffering from anxiety and need to make some split decisions on course of action. Sometimes, treatment can allow the person to stay engaged in normal life or work activities. In other cases, the only good solution is to call timeout and properly attend to the issues at hand. This fight-or-flight state could last 30 minutes or be more prolonged.”

Pelic went into more detail about what happens in the body in times of intense stress. “You already may be sensitized to a high-stakes situation, and your body starts releasing cortisol and other stress hormones. Sometimes the process snowballs and becomes unmanageable,” he said.

“Some people are already at a higher state of anxiety at baseline, and then they get put in a stressful situation, and it takes their anxiety to uncomfortable levels. Once your anxiety gets so high, performance drops off. It is almost like a computer that has too many windows open — it’s on, and everything’s spinning, and it looks like things are happening, but nothing productive is happening. They lock up or they leave the situation – or both,” Pelic said.

“If you’re already connected with a clinician or a provider, you can have a talk about how you might want to proceed with your work or your family and whether you need accommodations or need to take time off to get the help you need. But I think the most important thing is having someone that helps develop that plan.”

Medication can also help some people. But that’s not something an Olympian can turn to in the middle of a competition, for a variety of reasons. Pelic said Biles appears to have made the best choice in a difficult situation.

“This just puts everything in perspective. As a society, we need to think about how we prioritize what’s important. If Simone continued to compete, she could have been physically hurt or further negatively impacted her mental health.  She did the brave thing. At the end of the day, the Olympics are important. But are they really as important as your own mental, medical or physical health?” 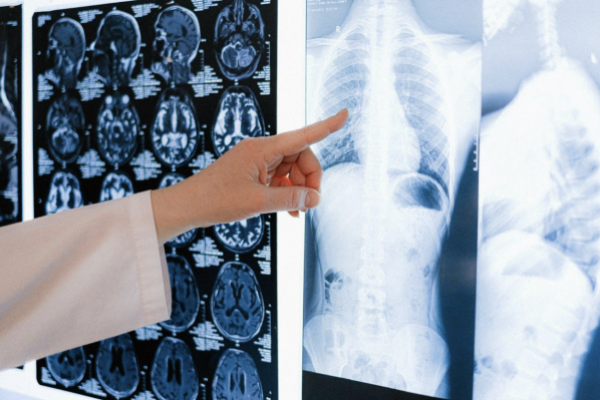