Anti-fat bias and weight-loss fixation — including among doctors — is a problem that must be remedied Kieran Blakey for Elemental The study’s findings were surprising, even to its organizers. Led by researchers at the CDC and the National Cancer Institute, the study examined roughly 30 years of data collected […]

The study’s findings were surprising, even to its organizers.

Led by researchers at the CDC and the National Cancer Institute, the study examined roughly 30 years of data collected from tens of thousands of Americans. Its purpose was to identify associations between body mass index (BMI) and excess mortality. Its findings, which were published in JAMA in 2005, revealed that adults who were overweight were at no greater risk of death than those who fell into the “normal” BMI range. People with BMIs in the obese range were at increased risk of death, but so too — albeit to a lesser extent — were people categorized as underweight.

“Being overweight was associated with lower mortality than being underweight, which we didn’t expect to find,” says Katherine Flegal, PhD, first author of that study and a former senior scientist at the CDC. “Later we did this whole meta-analysis, and we found that this was actually a very common finding” — that being overweight was not associated with any kind of increased health risk — “but that researchers tended to tuck this away so that it was hard to find.”

Too often, heavy bodies are reflexively labeled as sick bodies, and people are led to believe that the only way to be healthy is to be slim.

The association between large bodies and poor health is deeply enmeshed in American culture. This association is not baseless; there is a lot of evidence linking obesity, and especially severe obesity, with an increased risk for a variety of medical problems. But experts say that, too often, heavy bodies are reflexively labeled as sick bodies, and people are led to believe that the only way to be healthy is to be slim.

“This fixation on BMI and weight loss is overemphasized, and I think it contributes to fat-shaming and stigma and misperceptions,” says Flegal, who is now a consulting professor at Stanford University. She explains that BMI is a blunt and often misleading measurement of a person’s body composition, and that, by itself, it doesn’t say much at all about a person’s health.

“We treat this number as being full of all this meaning that it doesn’t have,” she says. “This leads to a lot of arbitrary and not very helpful assumptions.”

Body mass index is calculated using a person’s weight and height, and nothing more. Its deployment as a means of population-health stratification started with insurance companies in the late 1950s. And while its flaws were apparent even then, it nonetheless took hold.

“We diagnose obesity based on BMI, but we know that BMI is a crude measure of adiposity,” says Samuel Klein, MD, a professor of medicine and nutritional science at Washington University School of Medicine in St. Louis.

Anyone whose BMI lands between 25 and 29.9 is termed overweight, and those with a BMI of 30 or higher are considered medically obese. But Klein says that a person’s distribution of fat and muscle can produce BMIs that are not an accurate representation of a person’s health or fitness. “People who have large amount of muscle have a high BMI because of increased muscle mass, but [they] are not obese,” he explains. (“I think The Rock’s BMI is something like 32,” he adds, highlighting how absurdly off BMI’s fitness assessments can be.)

The location of a person’s body fat also seems to matter; fat around a person’s midsection is associated with greater health risks than limb fat, Klein says. But BMI doesn’t take any of this into consideration. And just as some larger bodies can be healthy, smaller ones can be sick. Research in the American Journal of Clinical Nutrition has found that many people with a “normal” BMI are at increased risk for metabolic dysfunction, heart disease, and death.

There are many more problems with BMI, including the fact that it doesn’t account for heritable traits that affect body size. “A person of South Asian or Southeast Asian descent, for example, is at increased risk of metabolic disease at a much lower BMI than Caucasians,” Klein says. But even setting aside all of these flaws, arguably the greatest problem with BMI is that it treats a person’s weight or size as a problem in and of itself, and it leads people to view weight loss as the only (or at least the primary) route to improved health.

This misconception can cause people to go to sometimes dangerous lengths to lose weight, and it can dissuade people from sticking with healthy habits if they don’t see the results in a mirror. “The goal should be to become healthier, not just skinnier, but we tend to focus on cosmetic outcomes more than health outcomes,” Klein says.

This myopic focus even extends to the way insurance companies cover drugs for obesity, which Klein says are underutilized. “If your blood pressure and A1C and everything else improves, but you don’t lose 5% of your weight, insurance might no longer cover that medication,” he says. “But if someone loses 8% of their weight and shows none of these health improvements, they’re still covered.”

Despite the variable relationship between size and health, many doctors hold unfavorable and sometimes highly prejudiced views of those who are large.

A 2003 study in the journal Obesity Research — one of the most recent and comprehensive studies of its kind — surveyed hundreds of physicians and found that more than half viewed people with obesity as “awkward, unattractive, ugly, and noncompliant.” More than one-third characterized people with obesity as “weak-willed, sloppy, or lazy.” A related 2012 study in PLOS One likewise found that anti-fat bias is pervasive among MDs.

This bias is not lost on patients. Research has found that physicians are a major source of perceived weight bias, and this bias leads some people to avoid routine medical screening or care. Some experts have pointed out that the association between obesity and heightened Covid-19 risk may be partly attributable to people avoiding medical settings due to anti-fat stigma.

“Many doctors haven’t been very sensitive to weight, and may automatically say ‘you need to lose weight,’ even if a person is healthy,” says Steven Heymsfield, MD, a professor and obesity researcher at Louisiana State University’s Pennington Biomedical Research Center. “Doctors often put the blame on patients, and probably still look down a bit on the obese as not having good self-control, and thereby may not treat them as effectively.”

He adds: “I think we live in a society that values thinness and wealth — you can never be too rich or too thin — and so a lot of stigma and psychological baggage goes along with being overweight or obese.”

Flegal, the former CDC scientist, says that the medical community’s preoccupation with body size has become a threat to public health at multiple levels. “We treat measuring weight as though we’re measuring health, and that’s exaggerated,” she says. “We should be focused on improving or maintaining health, but instead we’re focused on weighing less.”

Sat Mar 27 , 2021
State health and safety regulators have fined the Alta Bates Campus of Sutter Health in Berkeley $141,750, alleging the hospital failed to notify employees within a certain time frame that they had been exposed to COVID-19, officials said. Officials with the California Division of Occupational Safety and Health issued eight […] 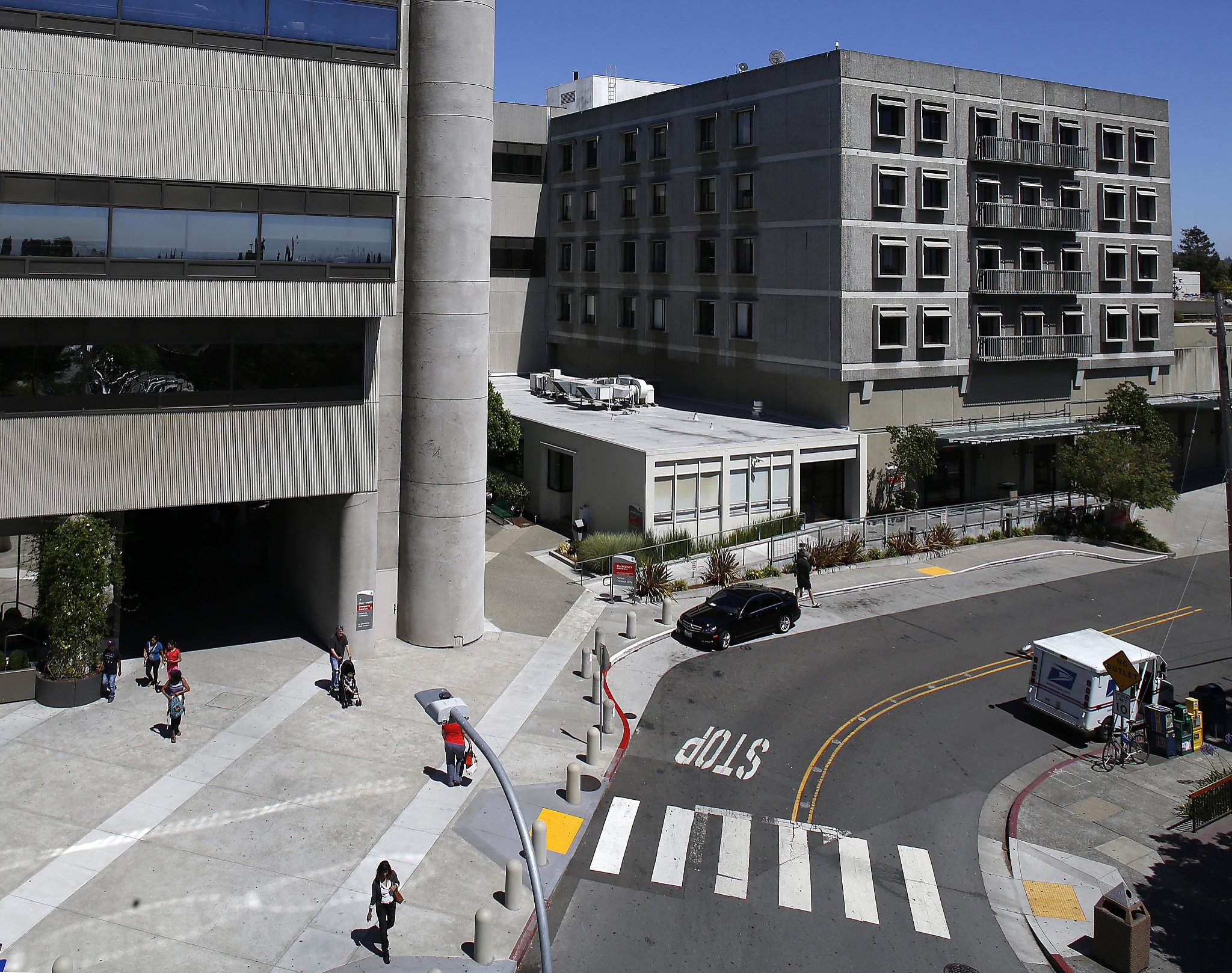