Your body is amazing. No, really! The human body is a complex structure of interconnected systems and vital organs that work day in and day out to fulfill the functions necessary for everyday living. For example, in order to eat, your mouth, esophagus, stomach, liver, pancreas, and intestines must work […] Your body is amazing. No, really! The human body is a complex structure of interconnected systems and vital organs that work day in and day out to fulfill the functions necessary for everyday living. For example, in order to eat, your mouth, esophagus, stomach, liver, pancreas, and intestines must work together in sync to break down and digest what you eat while extracting the nutrients necessary to keep you healthy.

While most of us understand the basic bodily functions that keep us going, you might not be aware of some of the more incredible functions your body carries out. We’ve gathered up seven facts about the human body and some of its crazier processes that might blow your mind.

Fact No. 1: Your gut is the only organ with its own independent nervous system.

Your gastrointestinal system (commonly called your gut), which is made up of your stomach, pancreas, liver, gallbladder, small intestine, colon and rectum, is often referred to as the “second brain.” It’s the only organ with its own independent nervous system, comprising 100 million neurons embedded in the gut wall. Think of neurons as the messengers of your nervous system. They transmit information to nerve cells, muscles and gland cells throughout your body.

This “second brain” is so robust that it can continue to function even when the primary neural connection between your gastrointestinal system and the brain (called the vagus nerve) is severed. This means that even though your brain wouldn’t be able to communicate with your gut, neurons in your gut wall would still be able to transmit the information necessary for your digestive tract to function on its own.

Fact No. 2: Your veins, capillaries and arteries would stretch for more than 60,000 miles if laid out flat.

In comparison, the Earth’s circumference is approximately 25,000 miles. This means the blood vessels from just one person could stretch around the Earth many times!

Fact No. 3: You lose 200 million skin cells every hour, and these dead skin cells can actually decrease air pollution.

Your skin grows fast. Like really fast. During a 24-hour period, you can lose up to 5 billion skin cells (that’s nine zeros!) — about 200 million every hour. Your epidermis (the top layer of your skin) is continuously working to replace these lost skin cells with new ones. In fact, 95 percent of the cells in your epidermis work to make these new skin cells. The other 5 percent produce melanin, which gives skin its color.

According to the American Chemical Society, these dead skin cells are a significant contributor to house dust and can be beneficial. As your dead skin cells fall off and collect around your home and office, they’re also taking with them skin oils such as cholesterol and squalene. Studies have shown that squalene can reduce levels of ozone – a harmful pollutant that can irritate your eyes, nose and throat and exacerbate asthma symptoms. In fact, the squalene in settled dust can reduce ozone in indoor spaces, reducing indoor pollution levels by up to 15 percent.

Bonus fact: Have you ever wondered how we can lose so many skin cells each day without a break occurring in your skin’s protective barrier? You’re not alone! A study conducted at the Imperial College London in 2016 discovered that our skin cells can maintain a protective barrier thanks to their unique tetrakaidecahedron shape – a 14-sided, 3D shape made from six rectangular and eight hexagonal sides. This shape allows skin cells to form a tight bond with other skin cells around them. The study also discovered that epidermal cells create a protein that acts as temporary glue, binding cells together in what are called “tight junctions.” The unique cell shape and this “glue” allow your skin to keep its integrity despite being thin. Fact No. 4: Your cornea is unique in that it has no blood vessels.

Your cornea is the transparent part of your eye that covers the pupil (the opening at the center of your eye), the iris (the colored part of your eye) and the anterior chamber (the fluid-filled inside of your eye). The cornea’s transparent nature allows light to pass onto the retina and then to the brain to process what you’re seeing. What’s interesting is that the only reason your cornea is transparent is that it’s only one of two tissues in your body – the other being cartilage – that is entirely free of blood vessels!

Scientists have known for a while the cornea is transparent and free of blood vessels, but they could never explain why until 2006. Researchers at the Harvard Department of Ophthalmology’s Schepens Eye Research Institute and the Massachusetts Eye and Ear Infirmary discovered the unique phenomenon that allows the cornea to be free of blood vessels is tied to the presence of large amounts of a protein called VEGFR-3.

This protein can halt angiogenesis, or the growth of blood vessels. Without these large amounts of VEGFR-3, our vision would be significantly impaired. For instance, when the cornea is clouded by injury, infection or abnormal blood vessel growth, your vision can be severely impacted, and blindness can occur. This discovery is promising for researchers looking to prevent and cure blinding eye diseases and illnesses, such as cancer, because the introduction of the protein can be used therapeutically in other tissues.

Fact No. 5: Bacteria in your gut can influence your mood.

We already mentioned your gut can do some pretty amazing things, but did you know it can also impact your mental health? You have an immense number of bacteria in your gut that are collectively referred to as your microbiome. This collection of bacteria can impact neural development, brain chemistry, emotional behaviors, pain perception and stress.

Your gut is sterile when you’re born. Over time, your GI tract will develop a diverse colony of bacterial species, which can be influenced by your genetics and the bacteria in the environment you live in. Your microbiome produces hundreds of neurochemicals that your brain uses to regulate learning, memory and even your mood! In fact, your microbiome produces approximately 95 percent of your body’s serotonin, the critical hormone that stabilizes your mood, feelings of well-being and happiness. Serotonin also helps reduce depression, regulate anxiety, maintain bone health and facilitate processes such as sleeping, eating and digestion. And it’s all possible thanks to your gut!

Fact No. 6: Your heart rate and breathing can sync up to the music you’re listening to.

That’s right! The music you listen to can cause physiological changes in your blood pressure, heart rate and respiration. Studies have found that changes in the cardiovascular and respiratory systems that occur when listening to music directly mirror the tempo and intensity of what you’re listening to. For example, songs with crescendos (increases in volume and intensity) can lead to proportional increases in blood pressure, heart rate and breathing. In contrast, decrescendos and silent periods lead to decreases in these vitals. Researchers have also found repeated rhythms in music can cause your cardiovascular system to synchronize with the beat. These findings may lead to new therapies for stroke and other conditions.

These aren’t the only impacts music can have on your cardiovascular system, either. Listening to music, playing an instrument or singing have been found to enable people to exercise longer, help heart rate and blood pressure levels to return to baseline more quickly after physical exertion, improve blood vessel function by relaxing arteries, ease anxiety in heart attack survivors and help people recovering from heart surgery feel less pain and anxiety. These benefits are heightened when you’re familiar with the music you’re hearing, rather than listening to songs you don’t know.

Fact No. 7: Your brain shrinks during pregnancy.

This fact gives an entirely new meaning to the term “pregnancy brain.” A 2017 study published in the journal Nature Neuroscience revealed pregnant women experience reductions in cortical thickness and surface area in sections of the brain called grey matter. This loss of grey matter primarily occurs in the cerebral cortex, specifically in regions that influence social cognition, where we process people’s feelings and nonverbal signals. Rather than having a negative effect, this loss of volume improves the brain’s ability to process social situations more efficiently, especially when interpreting babies’ needs and emotions.

The study found the brain goes through these changes, which are thought to be evolutionary, during pregnancy to enhance emotion and facial recognition, promote mother-infant bonding, facilitate a mother’s ability to recognize the needs of her child and more quickly process social stimuli that may pose a potential threat to her child.

These grey matter reductions were seen to have endured for at least two years post-pregnancy, offering the first evidence that pregnancy leaves long-lasting changes in a women’s brain.

Subscribe for regular emails full of useful and interesting Oklahoma-centric health and wellness info, from the doctors and health experts at INTEGRIS.

People with diabetes and obesity should be prioritised for Covid vaccine

Mon Jan 18 , 2021
People with diabetes and obesity should be prioritised for early Covid-19 vaccination, according to both metabolic doctors and Diabetes Ireland. The Irish Society for Clinical Nutrition and Metabolism (IrSPEN) said that diabetes and obesity have emerged as significant underlying risk factors for developing severe illness from Covid-19 — and these […] 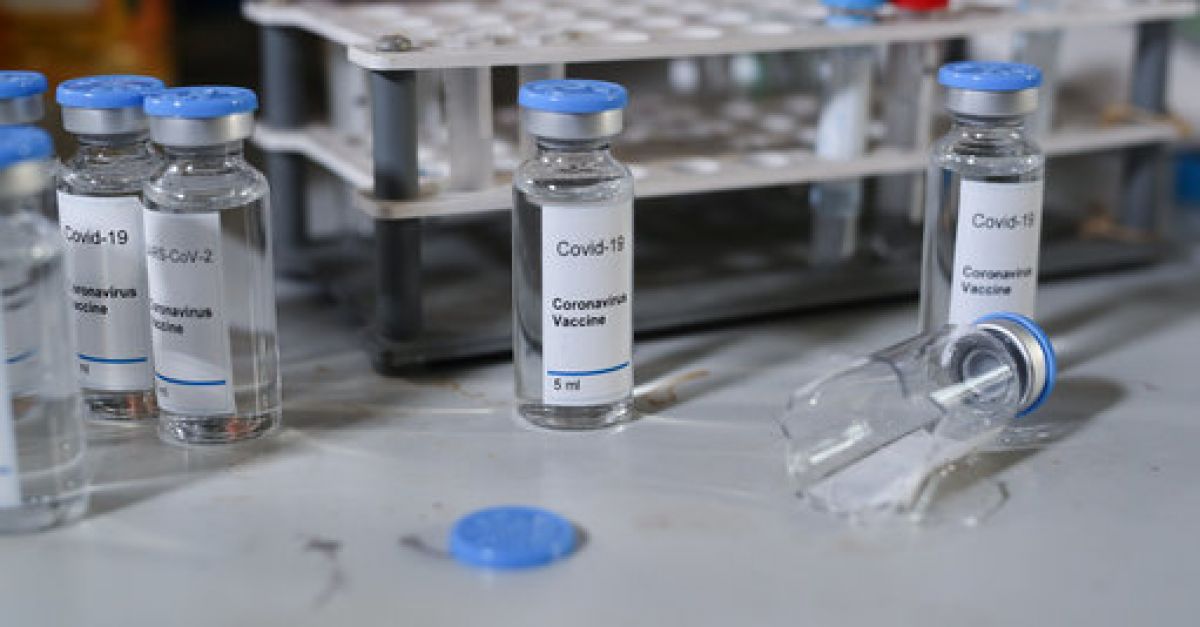