LOS ANGELES — Three days after being released from Martin Luther King Jr. Community Hospital, Gilbert Torres returned on a stretcher, a clear tube snaking from his nose to an oxygen tank. It was the last place he wanted to be. But Mr. Torres, 30, who had just spent two […]

LOS ANGELES — Three days after being released from Martin Luther King Jr. Community Hospital, Gilbert Torres returned on a stretcher, a clear tube snaking from his nose to an oxygen tank. It was the last place he wanted to be.

But Mr. Torres, 30, who had just spent two weeks on a ventilator in the intensive care unit, wasn’t there because his condition had worsened. He was there to visit a new outpatient clinic for Covid-19 survivors, intended to address their lingering physical and psychic wounds — and to help keep them from needing to be readmitted.

Several medical centers around the country, including Massachusetts General Hospital, have created similar clinics, a sign of an increasing appreciation of the need to address the long-term effects of Covid. Other hospitals that already had I.C.U. aftercare programs have added large numbers of Covid patients to their rolls: Indiana University Health Methodist Hospital, for example, has treated more than 100. And some institutions, like Providence St. Jude in Fullerton, Calif., have recovery programs that also serve coronavirus patients who were never hospitalized.

“We put a thousand percent of our energy into these patients,” said Dr. Jason Prasso, one of the intensive care doctors at M.L.K. Hospital who created the clinic there. “We feel accountable for them getting better even after they leave the hospital.”

Well before the pandemic, doctors knew that some patients recovering from critical illness developed a constellation of symptoms known as post-intensive care syndrome that can include muscle weakness and fatigue. Depression, anxiety and cognitive impairments arise in about half of people who have spent time on ventilators in an I.C.U., studies suggest. About a quarter of these patients develop post-traumatic stress disorder. The risk is higher among those who have had respiratory failure, long hospital stays and treatment with drugs to sedate or paralyze them — all common in the sickest coronavirus patients.

Dr. Prasso and his colleagues created the clinic at M.L.K. after realizing that many patients whose lives they had fought to save were getting little follow-up care. The hospital is in a low-income neighborhood where health services, inadequate even before the pandemic, have grown more scarce.

Since opening in August, the clinic has seen more than 30 patients. Visits, which happen on Tuesday mornings and include a physical exam and a mental health screening, often entail discussions of housing, food security and employment problems that can arise because of long-term symptoms. Patients are also offered spiritual care.

The first to walk into Mr. Torres’s examination room in February was Rudy Rubio, a hospital chaplain who had visited him often in the I.C.U. The pastor asked if they could pray together and offered to get him a Bible.

Mr. Torres, whose parents fled war in El Salvador, grew up in the neighborhood and worked cleaning big rigs at a Blue Beacon Truck Wash. Although he was morbidly obese — a risk factor for severe Covid — he enjoyed running and biking and rarely needed to see a doctor. He had no idea how he contracted the coronavirus or became so sick that doctors needed to insert a breathing tube within hours of his arrival at M.L.K. For days before he began showing signs of improvement, they feared he would not survive.

“You were spared,” the chaplain told him at the clinic. “What are you going to do with this opportunity?”

When Dr. Prasso entered the room, Mr. Torres did not recognize him at first without his protective gown and helmet. “It was you,” he said when the realization dawned.

As the doctor examined him, Mr. Torres said he was able to walk short distances but was worried that if he did his oxygen levels would drop. “It is a little bit of a mind game,” Dr. Prasso said. “You may feel short of breath, but your oxygen can still be totally normal.”

The clinic would arrange to get Mr. Torres a portable oxygen machine because small tanks were in short supply nationally, the doctor said. He explained that it could take anywhere from a few weeks to several months for patients to wean off; some might require it indefinitely.

Mr. Torres brought up another problem. A physical therapist assigned to visit him had canceled. “A lot of the agencies are a little bit resistant to going into people’s homes right now because of Covid,” Dr. Prasso told him. He said the clinic could enroll Mr. Torres in a pulmonary rehabilitation program instead, so that he could work with therapists focused on the recovery of his lungs.

Mr. Torres shared that he was anxious and haunted by memories of beeping I.C.U. monitors and a sensation of choking. He had barely slept since returning home and had not yet seen his 5-year-old son, who was staying temporarily with grandparents. Mr. Torres was afraid of breaking down in front of him.

“Everything that you’re feeling is normal,” Dr. Prasso reassured him. “Just know that what you went through was a trauma. It takes time for that to heal.”

The two exchanged memories of the moment Mr. Torres’s breathing tube was removed. “You begged me to get the tube out, and as soon as we took the tube out, you asked to have it put back in,” Dr. Prasso said.

“This guy had a vise grip on my hand,” Dr. Prasso told Mr. Torres’s partner, Lisseth Salguero, who had joined him in the exam room. Family members, themselves at risk for mental health problems, are encouraged to accompany patients to clinic. Ms. Salguero had developed Covid symptoms the same day as Mr. Torres had, but recovered quickly. Since he had returned home, she had been waking up to check Mr. Torres’s oxygen level at night. “I’m happy as long as he’s OK,” she said.

The extraordinary stress of an I.C.U. stay in the era of Covid-19 is often compounded by near-unbearable loneliness. Visitor restrictions meant to reduce transmission of the virus can mean weeks separated from loved ones. “I kept asking for someone to hold my hand,” Mr. Torres recalled. “I wanted contact.”

The staff members became de facto family. “You have nobody except for your nurses,” Mr. Torres said.

For those I.C.U. nurses, caring for Covid patients while being among the few conduits to their family leads to deep emotional attachments. Nina Tacsuan, one of Mr. Torres’s nurses, could not hold back her tears when she saw him in the clinic.

“Thank you for keeping me alive, giving me a second chance,” Mr. Torres told her. “I’m grateful.”

Often, the experience ends in heartbreak: At the time Mr. Torres was hospitalized, only about 15 percent of Covid patients at M.L.K. being treated with ventilators had survived to go home.

Those who do survive, like him, inspire the staff to keep going. But usually I.C.U. workers lack opportunities to see their former patients once they get better. The clinic has changed that.

Ms. Tacsuan and a nurse manager, Anahiz Correa, joked that Mr. Torres was no longer welcome in their I.C.U.

By the time the transport ambulance picked him up to go home, Mr. Torres said he was feeling much better than when he had arrived. He reunited with his young son, Austin, a couple of days later, and he has continued to improve in the weeks since.

Mr. Torres visited the clinic twice more, in February and in March. Although he ended up declining outpatient rehabilitation — opting instead to climb stairs and do other exercises on his own at home — he said he felt cared for and was glad to have gone.

A social worker there connected him with a primary care doctor in M.L.K.’s system for more follow-ups. An osteopath manipulated his back and taught him stretches to help relieve lingering discomfort from his time in the hospital bed. And last week, at his most recent appointment, the clinic staff strung up a congratulatory banner and shouted “Surprise!” as he entered, to mark his “graduation” from having to use an oxygen tank.

He still needs more strength and stamina to be able to return to his physically demanding job at the truck wash, he said, but “I’m doing a lot more stuff.” And he is no longer haunted by anxiety, he added. “I feel great.”

Thu Apr 1 , 2021
Study participants wear the sticker for two weeks as it collects data points on heart rate, oxygen levels, and even the number of times someone coughs. Colorado researchers are recruiting study participants to test whether a locally-made BioSticker can spot COVID-19 infection before a person is contagious or symptomatic. The study’s […] 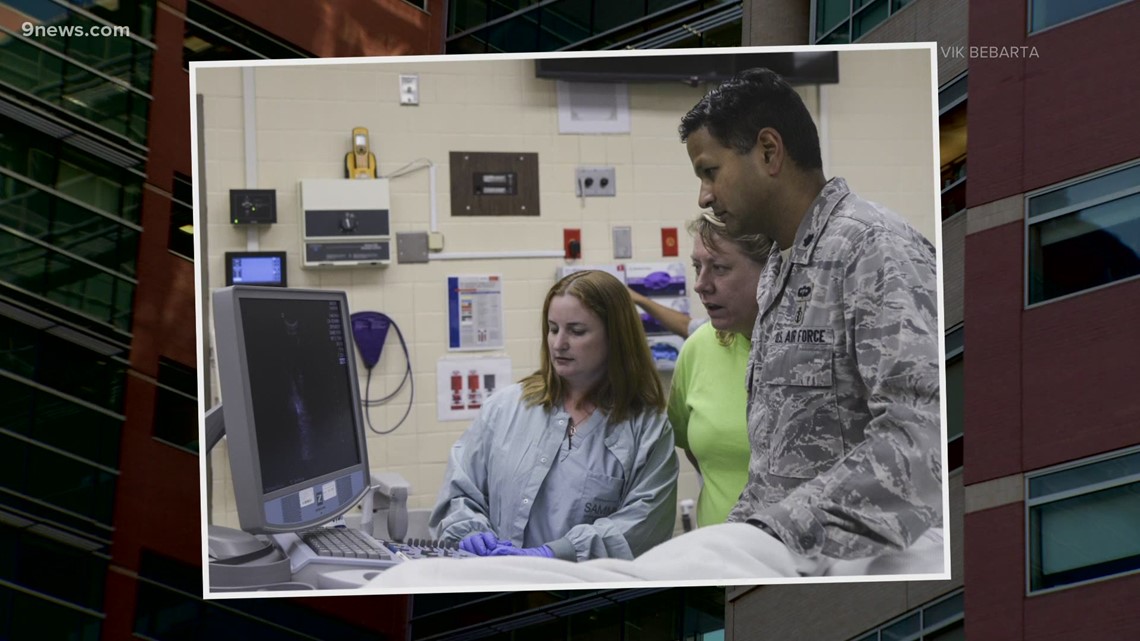