Exposure to harassment, discrimination, and violence due to one’s sexual orientation or gender identity can cause severe damage to a person’s overall quality of life, relationship to others, even livelihood.

In recent years, research has pointed to the roles violent crime, discrimination in the workplace and at home, and lower socioeconomic status can have on the lives of LGBTQIA+ people, to name a few examples.

What about the effects on a person’s overall health and stress levels?

New research in the journal Health Psychology zeroes in on how damaging sustained exposure to homophobic attitudes and behaviors can be on a person’s stress levels.

The new study suggests that this can have a potential negative domino effect on that person’s health, leading to other serious chronic health problems for lesbian, gay, or bisexual people.

For the study, lead author David M. Huebner, PhD, associate professor of prevention and community health at George Washington University’s Milken Institute School of Public Health, and his team surveyed 134 Americans who identified as being lesbian, gay, or bisexual. Spanning ages 18 to 58, the particpants were brought into the study through social media and recruited at an LGBTQIA+ pride festival. The participants also were nearly evenly split between males and females.

The participants were told they would be partnered with an interviewer who would assess their intelligence, likability, and competence through the study.

What was the catch? In one group, the participants were told in a form they filled out before the interview the person questioning them expressed political views against lesbian, gay, and bisexual rights. The other group was told their interview partners expressed supportive views about LGB rights.

The study participants actually didn’t see their partners directly ask them questions. They instead received recorded questions they were told came from their partners. This was to avoid the possibility that the interviewer’s appearance might infuse its own bias into the study. Each person’s blood pressure was monitored throughout the experiment, and saliva samples were collected to look at cortisol levels, the stress hormone.

Similarly, cortisol increases solely in the group led to believe they were being questioned by a potentially homophobic person.

“After the study was running, I had a moment where I thought I had made a serious mistake in the design. We exposed everyone in the study to a pretty significant stressor — at least as laboratory stressors go — and the kind of interview task we had participants do generates a pretty large physiological response all by itself,” Huebner told Healthline. “And so I thought to myself, ‘There’s no way our tiny manipulation of whether that interviewer supports gay marriage is going to register physiologically on top of that already significant stressor.’”

Huebner said the conditions were the same for both groups other than the one-sentence description of the interviewer, which revealed whether that person had homophobic views.

“So, I was honestly surprised when we saw physiological differences across groups. For me, it was really compelling evidence that having to do a difficult task with someone who might be prejudiced against you really does create significant physiological stress,” he added.

Minority stress refers to sustained chronic anxiety that minorities or people who are part of stigmatized groups experience from microaggressions, attacks, and discrimination of all forms.

Huebner explained that research has shown that the type of adaptive elevations in heart rate, blood pressure, and cortisol production evidenced in these participants can accumulate over time to increase the chance of cardiovascular disease, infectious diseases, even earlier death.

“It’s impossible to quantify exactly how much they will increase risk because every person’s experience is different, and people face different amounts of discrimination in their daily lives,” he added. “For example, some of our previous work has shown that people from lower socioeconomic backgrounds might get exposed to greater amounts of discrimination when they’re open about their sexual orientation in their daily lives.”

“For example, because cortisol acts as an anti-inflammatory when cortisol dysfunction occurs, inflammation can occur and impact multiple organ systems, resulting in fatigue, depression, muscle and bone weakening, pain, etc.,” said Biello, who is not affiliated with Huebner’s research.

When looking at this study in the context of the full scope of the LGBTQIA+ communities, it’s important to note that this research looks only at minority stress related to lesbian, gay, and bisexual people. Other members of the larger LGBTQIA+ communities are not addressed, such as trans people and people who are gender nonconforming.

Does minority stress tied to gender identity differ from that related to a person’s sexuality?

“I would absolutely expect similar findings if we studied transgender or nonbinary individuals and exposed them to similar stressors,” Huebner said.

Biello suggested that “it would be likely” — just based on past research, the methods of this study, and “hypothesized mechanisms” — that a study like this one but that involved reactions to transphobia among transgender or gender non-conforming people would see similar results.

“In addition, future research should examine the potential impact of intersecting stigmas — like racism and homophobia or transphobia — on stress and other physiological outcomes,” she stressed.

When asked how members of the greater LGBTQIA+ communities can manage minority stress in daily life, Huebner said it’s important that “people not internalize the homophobia they experience.”

“By that, I mean when you’re faced with discrimination or homophobia, you have to work hard to understand that it’s the person who mistreats you who has the problem, not you. When people are able to recognize that they are people of value and worth, even in the face of homophobia, they do better than when they internalize those negative feelings and believe that there’s something wrong with them or that they caused the mistreatment,” he explained.

Also, Huebner said the mere act of thinking about discrimination you may face all the time could be counterproductive. It might not be able to help you move forward emotionally or psychologically from that kind of stressor.

“Sometimes talking to good friends or a skilled therapist can help you create a story in your mind that lets you move forward. Good stories have beginnings, middles, and ends. When we ruminate, we get stuck in the beginning or middle, asking over and over, ‘how did that happen, why were they such a jerk,’ or ‘what could I have done differently?’” Huebner added. “When you stop asking those questions and get to the end of your story, it’s probably better for you physiologically.”

Of course, easier said than done. A regular onslaught of homophobic behavior and language can feel demoralizing for many people.

“It’s tough for us to control how other people are going to act toward us, and so it might be helpful to focus on our own responses to mistreatment and making sure they’re as healthy as possible,” he suggested. “If you’re feeling prejudice from your doctor, it’s probably healthier to find a new doctor than it is to just avoid getting medical care altogether or continuing to expose yourself to their prejudice.”

Biello said that while some evidence shows that regular exercise, cognitive behavioral stress management, and “other types of stress reduction interventions” can reduce a person’s cortisol levels, it’s important to note that “none of these interventions get at the root causes of the negative health outcomes resulting from the stress.”

These techniques can offer immediate help at allaying stress, but they don’t eliminate homophobia or other discrimination from a person’s life. That would require bigger picture shifts that might be out of your own control — societal and community changes, or maybe something closer to home, like changing your environment, seeking a more accepting workplace, or letting go of a toxic friendship if it becomes damaging to your health.

He said this is a “complicated measure” that most likely reflects the “degree to which your vagal nerve is helping you regulate your physiological response to stress.”

“People whose heart rate variability stays steady during a task are probably doing a better job of regulating their physiology and emotions. Again, both groups experienced a good bit of stress and had elevations in cardiovascular activity. But we only saw the dip in heart-rate variability in the anti-gay prejudice group,” Huebner said.

He added, “This suggests that exposure to anti-gay prejudice might make it particularly difficult for people’s bodies to regulate in the face of challenging situations.”

Looking ahead, he said he’d be interested in interrogating those findings more as we continue to unravel just how damaging and impactful this kind of discrimination can be on the overall health and wellness of LGBTQIA+ people.

During a season where pride is celebrated, it’s important to keep in mind just how much minority stress can impact people, especially some of the most vulnerable members of the greater LGBTQIA+ communities.

Thu Jun 24 , 2021
Researchers in Japan have conducted a study suggesting that the B.1.617 lineage of severe acute respiratory syndrome coronavirus 2 (SARS-CoV-2) that emerged in India has evolved a unique strategy to facilitate infection and evade the immunity induced by vaccination or natural infection. Indian COVID-19 Variant. Image Credit: oasisamuel/Shutterstock.com The SARS-CoV-2 […] 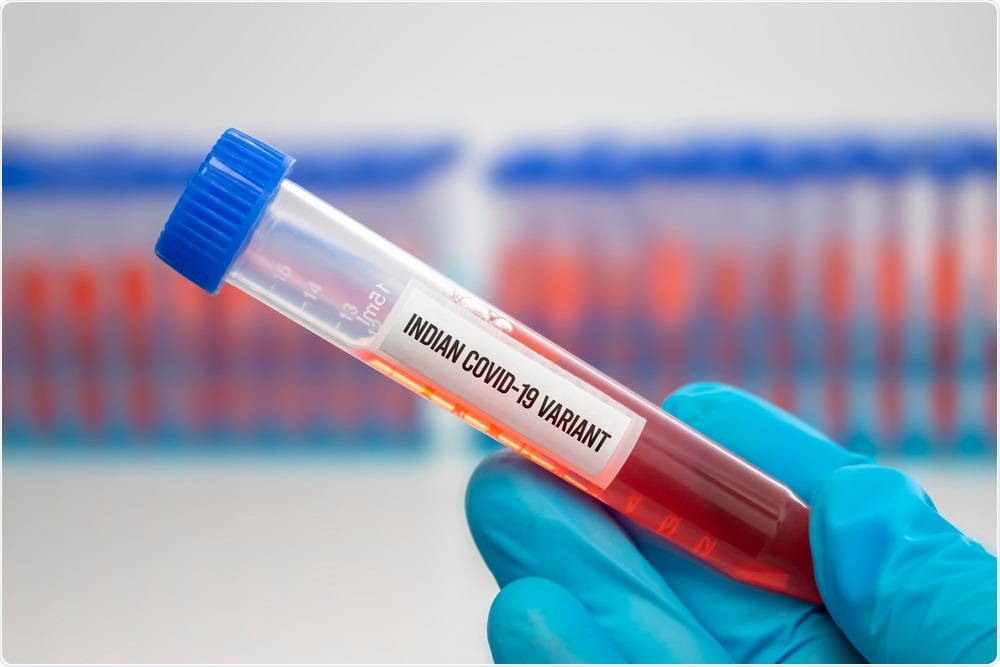