Drew Sidora is the newest member of The Real Housewives of Atlanta. The reality TV personality was best known for her recurring role on the sitcom The Game. Sidora has been clashing with a couple of the ladies on the Bravo series, especially Kenya Moore. After the latter body shamed […]

Drew Sidora is the newest member of The Real Housewives of Atlanta. The reality TV personality was best known for her recurring role on the sitcom The Game. Sidora has been clashing with a couple of the ladies on the Bravo series, especially Kenya Moore. After the latter body shamed the actress, Sidora is opening up about her health condition.

On the latest episode of RHOA, Moore took to Twitter to take a jab at Sidora’s physical appearance. Moore’s comment came after the show aired on Bravo where Sidora asked her co-stars to twerk so they could get their hotel room key. The ladies ver on a getaway to New Orleans and wanted to party it up and have fun.

However, Moore didn’t want to partake in this activity, possibly because her child was present. Sidora made a remark during her confessional questioning why didn’t want to make her “booty bounce” since she “paid” for it. That comment made Moore fire back and body shame Sidora on Twitter.

“She needs to pay for a tummy tuck,” Moore tweeted.

RELATED: Why Drew Sidora Turned Down ‘RHOA’ Peach Before Joining Cast for Season 13

“It’s one thing to talk about what we go through as woman versus someone who’s unnatural and gets butt shots,” Sidora told Page Six.

Sidora also told the publication that she was diagnosed with adenomyosis, which can affect her appearance. The actress also revealed that she might need a hysterectomy, pending more tests.

Adenomyosis “occurs when the tissue that normally lines the uterus grows into the muscular wall of the uterus,” according to Mayo Clinic.

Moore jumps from controversy to controversy as last week she was called out by IllumiNative for an insensitive costume she wore on RHOA. The non-profit organization was designed to increase the visibility of Natives in American society.

“We are deeply disturbed by the recent episode of Real Housewives of Atlanta, in which Kenya Moore wore a Native American ‘warrior princess’ costume,” the statement read. “Costumes that mock Native peoples, defame our traditions and cultures, and perpetuate negative stereotypes are racist. ‘Playing Indian’ is a form of mascotry that is not just offensive, it is part of a long history of how Native peoples have been dehumanized.”

After the backlash over the costume, Moore issued an apology for her ignorance on the subject.

“Want to sincerely apologize for inappropriately wearing the Native American headdress as a costume,” Moore tweeted. “I now realize that this was both disrespectful and insensitive and would never have done it if I had that knowledge and understanding beforehand. I regret it. When you know better, you do better. I am genuinely sorry.”

IllumiNative also called out Bravo for allowing the moment to air and the cable network also issued a response apologizing.

“We had hoped it would provide a teachable moment, however in retrospect, it is clear that the network did not address this properly given the gravity of the situation,” Bravo replied on Instagram. “We apologize to both the Native American community and our audience as a whole.”

The Real Housewives of Atlanta continues every Sunday at 8 p.m. ET on Bravo.

Tue Mar 30 , 2021
I fervently hope for justice for George Floyd, too, but I’d like to prevail upon the demonstrators to stop blocking light rail and/or traffic (“Speakers, protesters urge justice, accountability,” March 29). The trial has only just begun. There have already been numerous protests. We get the message. Yes, things need […] 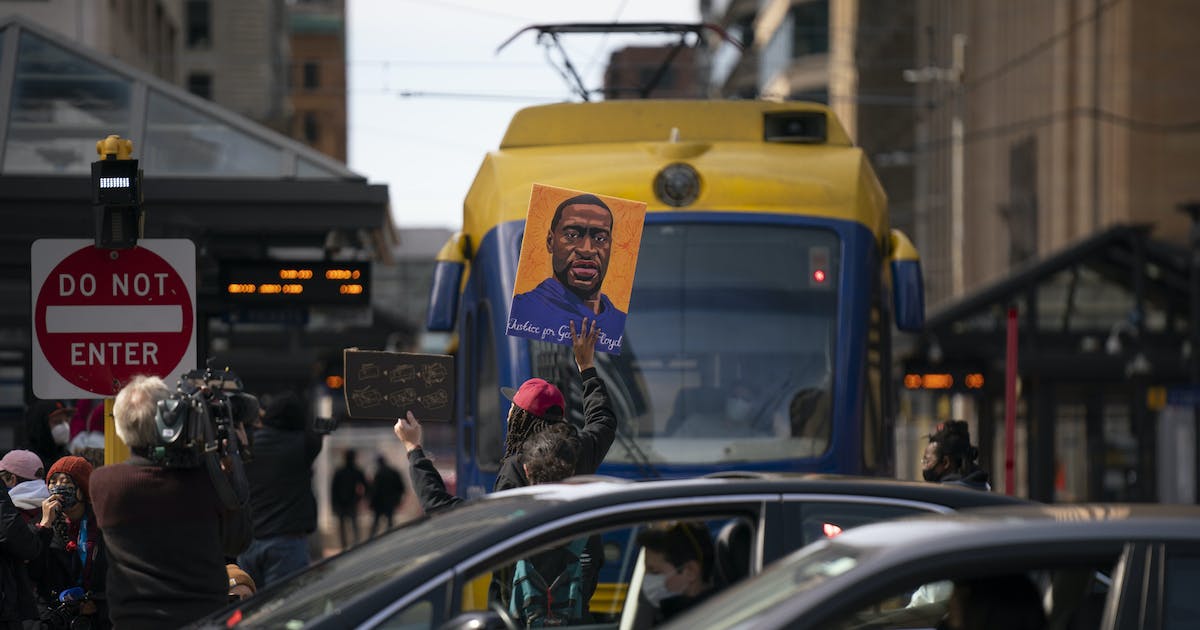